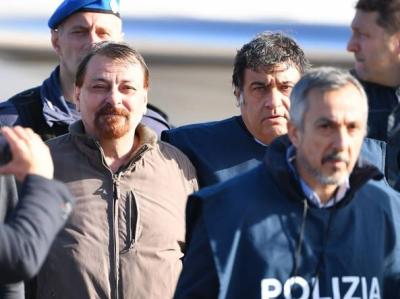 ROME – The Interior Ministry has upped its search for the 27 remaining fugitives of Italian justice, 12 of whom are allegedly in France, after the successful arrest and extradition of former Communist militant Cesare Battisti, Il Messaggero reports.

According to the Department of Public Security, the individuals are spread all over the world, from Japan to South America, though almost 50 percent have settled in France. “Bring back as many as possible,” a statement from the government reads, outlining its clear intention to serve justice to those escaping it. Many if not all of the fugitives are allegedly former terrorists or urban guerillas.

However, the task is complicated somewhat by the laws of the countries in which they currently reside, Il Messaggero reports. Many of the 27 have citizenship and some are contributing well to their adopted country, significantly reducing the chances of them being handed back to Italy.

Both Luciano Pessina and Alessio Casimirri opened restaurants in Brazil and Nicaragua respectively and have had extradition requests from Italy denied by the governments of the two South American countries, leaving Italian authorities with little hope of seeing them behind bars.

Interior Minister Matteo Salvini has signalled his intent to focus primarily on the 12 living in France, Il Messaggero reports. “It will be more than an appeal, we will be convincing,” the League leader was quoted as saying as the Viminale prepared to submit renewed extradition requests to the French government.

“The extradition requests that we are due to receive from Italian authorities in the coming day will be analysed in detail, on a case-by-case basis, as has been the case for 15 years,” the French Ministry of Justice said, in an indirect response to Salvini.

It seems that Italy is likely to face an uphill battle, given that France reportedly does not agree on the number of individuals who could be subject to extradition. Equally, the pardoning of Roberta Cappelli, former member of the 'Brigate Rosse' terrorist group, by former French president Nicolas Sarkozy on health grounds may well point to France’s reluctance to seriously consider Italy’s requests.