Opinion: Time for a new Paradigm 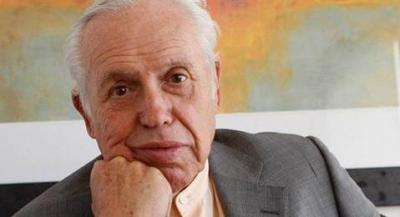 Riccardo Petrella is a central point of reference for those who have not yet given up on seeing the governance of globalisation in terms of values and ideals. Riccardo has behind him a long series of struggles for a different economy and has denounced the dangers of neoliberal globalisation from the outset. We owe it to him if the theme of “commons” began to be debated, in particular that of water as a public good, at a time when the Italian government of Silvio Berlusconi was pushing for its privatisation. He did so in an era – the period immediately after the fall of the Berlin Wall – which today seems distant but which was of exceptional intellectual and political violence. Anyone who did not blindly adhere to the “single thought” introduced by the World Bank, the International Monetary Fund and the U.S. Treasury (the so-called Washington Consensus) was seen as either a nostalgist of the Soviet era or a dangerous subversive.

Petrella, with few other economists, had the strength to oppose the Washington Consensus, deriding the general inebriation which reached levels that today seem impossible. I still remember a conference held by IPALMO in May 1991 in Milan, where the then director general of the World Trade Organization, Renato Ruggiero, described the world as still blocked by the concept of nation or regional agreements (such as the European Union and the North American Free Trade Agreement) now overtaken by the course of history.

Globalisation was to have eliminated all frontiers, we were to have had a single currency, there were to been no more wars and the benefits of globalisation were to have rained down on all the citizens of the world, something that the theory of development and redistribution had failed to do. It took a generation of disappointed and marginalised people for the truth to become evident.

This book is the result of forty years of study, research, and social and academic engagement by Riccardo, gathered here in an organic way. It is a holistic engagement, with a humanist vision of the economy, of society and of the consequences of the crisis that dominates us. Reading it, faced with the wealth of data and reflections it offers, the African proverb comes to mind: “When an old man dies, a library burns to the ground”. But beyond the contents, what makes the book stimulating is that it communicates a moral engagement and a human empathy rare in this era of transition from a world that is unsustainable to one that is inevitable, but which we cannot yet see well. In his Letters from Prison, Antonio Gramsci wrote that “in the interregnum a great variety of morbid symptoms appears”.

Petrella analyses these symptoms in a meticulous but clear way, and they are symptoms for which today’s politics and finance certainly have no answer. The book is an organic work, analysing each symptom on the basis of data and proposals, helping us to walk in the shadow evoked by Gramsci. Finally we see that there are alternatives to the drift of a world of finance which – in the search for profit – comes into collision with the very productive economy of which it was only to have been a lubricant. And in turn politics, like the productive economy, is subject to the world of finance. Today, the production of goods and services, that is, the sphere in which men and women play a role, accounts for one-fortieth of financial transactions. Greed has led banks to engage in more and more criminal actions: since the Great Crisis of 2008, major banks have paid a total of 220 billion dollars in fines …

According to numerous historians, the course of history has been changed above all by two factors: Greed and Fear. After the fall of the Berlin Wall it even came to be said that history had ended, as Francis Fukuyama wrote, and that we were entering a post-ideological world. The unification of the world into a single winning ideology, capitalism, was to have led to the end of clashes, in a united international reality dedicated to economic growth. What Fukuyama did not see is that capitalism without controls was to take the world back in time.

On this Petrella offers incontrovertible data and echoes Oxfam when it says that in 2020 social inequalities in Britain will be equal to those of the era of Queen Victoria, when an unknown German philosopher was writing some chapters of Das Kapital in the Reading Room of the British Museum … The statistics on inequality are known to all: in the last two decades, capital has become increasingly concentrated in a few hands and a large part of humanity sees its level of life, health and education decrease, to the point that the International Monetary Fund is even beginning to whisper that inequality is a brake on growth.

As for Fear, it took the Brexit to start seeing the rapidly growing nationalist, xenophobic and populist drift in European countries (and also in the United States with Donald Trump). Fear has transformed countries that once were a symbol of civic-mindedness and tolerance – like the Netherlands and the Nordic countries – into racist countries that even confiscate the few personal jewels of refugees (Denmark). In just two years, the advance of the extreme right in Austria, France, Germany, Poland, Slovakia and Hungary – until now considered a series of local coincidences – is finally creating a debate in traditional parties that have no concrete response to the causes of Fear. Also because, as Petrella says, we are faced with a system that is a factory of poverty, which is not a natural phenomenon but a creation of the system itself.

The challenges to be solved all derive from wrong answers. Peace is being tackled with an increase in military engagement, the environment with ecological devastation, democracy with the privatisation of political power. Justice is witnessing an increase in injustice, the economy is in a financial and speculative drift, and the sense of life of citizens – who have lost the value of solidarity and accept the commodification of all that surrounds them – is crumbling. No concern is voiced that more is being spent per person on marketing in the world than on education …

The drift in which we find ourselves is affecting democracy, which has become a formal process, devoid of the conscious and active participation of citizens. In the Name of Humanity observes what should now be clear to all and is certainly not to the system in power: we are at a global impasse that no one, with the paradigms in place, is able to solve. In an analytical but communicative way, this is the starting point for the list of Gramsci’s shadows: the lack of representation of humanity, the use of God, Nation and Money to transform into destroyers those who are still convinced of being constructors; and the data of the global impasse. Herein lies the importance of the book.

The analysis of the transitional era in which we find ourselves is roughly divided into two schools of thought. The first is that of those who believe that the current system is perhaps in crisis but that the answer may come from politicians – perhaps new ones – who, in every country, are able to give concrete and efficient answers with bold reforms. The second, and growing, school of thought argues that the current system is the cause of the problems to be solved and that without deep changes in vision and strategies the drift will continue.

This latter school of thought – which, moreover, is followed only by a small number of victims, many of whom are on the margins of society or are so frustrated as to take refuge in individual pessimism without hope – is a school strong in analysis and denunciation but poor in proposals. And it is here that the book offers its own positive originality: an organic and holistic plan of proposals which invoke a pact for Humanity as the basis for the re-foundation of society. A re-foundation that declares poverty illegal, that leads to disarmament and the end of speculative finance … However, in order to achieve this re-foundation, it is necessary to return to talking about values and finding a consensus and world participation around them, because without common values it is not possible to build together and without a global response national or local actions serve little. This book, as well as being an analysis, is also a manual for action.

In this sense it is important that In the Name of Humanity sees the light in a moment of generational sacrifice. My generation, overwhelmed by Greed and Fear, by selfishness and the decline of politics, lives parameters of retirement and security that young people can only dream of. The British referendum clearly demonstrated how the older generations are above all self-referential and feel no inter-generational responsibility. The elderly voted 65% for Brexit, deciding the future of young people, who were 75% in favour of Remain. This is the result of the absence of common values and the dramatic lack of policies for engaging young people, while those of fiscal rigour and priorities for the survival of the financial system abound – the most emblematic demonstration of current priorities. To save banks from the 2008 crisis, it is estimated that so far the contribution to finance has amounted to eight trillion dollars. Youth policies do not exceed 500 million dollars.

It is no wonder that young people take refuge in a pessimistic individualism, creating their own communities only virtually on the Internet; that they lack representation and participation and, above all, for the first time in modern history, idols and points of reference. Petrella’s book is an important instrument for young people because it transmits a message of hope that does not exist today. It is not inevitable that the world will continue like this. We have the instruments to change it. But to do that we have to go back to talking about values and going back to speaking with and understanding each other. In the Name of Humanity should be distributed free in schools …

Fifteen years have passed since the first meeting of the World Social Forum in Porto Alegre, where we – protagonists of different stories – gathered to denounce the unsustainability of neoliberal globalisation. The scepticism and rejection that accompanied the WSF process have not prevented the Washington Consensus from today being just a discredited instrument of the past and the proponents of globalisation from admitting that the denunciations of the WSF had a real basis. As Petrella says, we can only emerge from the crisis with bold measures. This book will be received as a utopia, or rather a chimera, by the beneficiaries of the current system. In 15 years time, it will be interesting to see how many will have been be forced to admit that the analyses and the actions that Petrella proposes were not so far from the course of history.

Those who shoot at the stars can take heart from a Sri Lankan legend … there was a young boy who shot an arrow at the stars every night and was laughed at at until one day the king organised an archery contest and that boy won because he was the one who shot furthest!

OtherNews Founder and President Roberto Savio – the compass of OtherNews – is a economist, journalist, communication expert, political commentator, activist for social and climate justice and advocate of global governance. In 1964, he founded Inter Press Service (IPS), of which he was Director-General for many years.