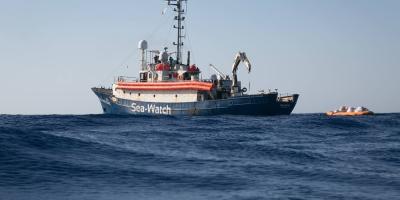 BRUSSELS – The European Commission appealed to its 28 members on Tuesday to provide a place for the 49 migrants on board Sea Watch and Sea Eye to safely disembark, Il Messaggero reports.

After meeting with representatives from each of the countries during “constructive discussions,” the Commission reported that “some states have expressed willingness to contribute to this joint effort.”

A spokesperson for the President of the EC was quoted as saying that “states must now show solidarity and the people on board must be disembarked safely and without further delay.”

Sea Watch, a German NGO ship with 32 migrants on board, has been left at sea for 18 days, still unable to come to shore. “Open the ports,” the NGO urged, as some on board reportedly stopped eating in protest on Monday.