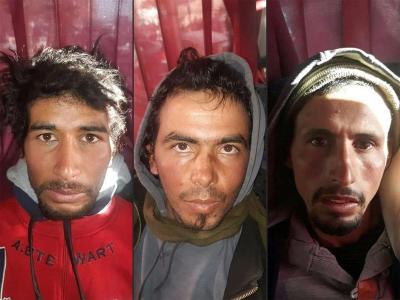 Photo credit: Middle East Online. Four men have been arrested over the murder of two Scandinavian tourists, and are reportedly "backed by IS"

ROME - Moroccan police have arrested three suspects in accordance with the murder of Scandinavian tourists Louisa Vesterager Jespersen and Maren Ueland in Morocco earlier this week. A chilling video showing Ms Jespersen’s beheading was posted online, sparking fears of terrorism across the globe. Though ISIS has yet to claim responsibility for the murder, men can be heard shouting “this is for Syria, here are the heads of your Gods” and “it’s Allah’s will” in the video.

Friends of Ms Jespersen’s family have urged social media users not to watch the footage, which has already been widely circulated online by "ISIS fanatics." Ms Ueland’s mother has allegedly been spammed with images of her daughter’s slit throat and Ms Jespersen’s severed head.

The bodies of 24-year-old Jespersen and 28-year-old Ueland were found near the village of Imlil in the Atlas Mountains on Monday. The two friends, who had been studying to be outdoor guides at a university in Norway, were in Morocco on a hiking holiday.

One suspect, believed to be a member of an Islamic extremist group, was arrested just hours after the girls’ bodies were found on Monday. Three other men from Marrakesh have been arrested since, one of whom has “a court record linked to terrorist acts.”

The central judicial investigations office has revealed investigators are in the process of “verifying the terrorist motive, which is supported by the evidence and the finding of inquiries.” The authenticity of the video has been confirmed.

The crime, described by Danish Prime Minister Lars Lokke Rasmussen as “beastly,” has sent shockwaves across the globe. Websites such as Twitter and YouTube are working quickly to remove all clips of the murder from their platforms.