Man arrested for plans to attack St Peter’s at Christmas 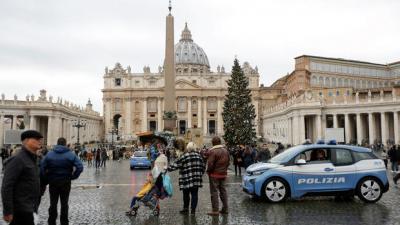 ROME - A thirty-year old man has been arrested in Bari for wanting to stage an attack at St Peter’s Basilica on Christmas Day. After tapping into his phone, DIGOS special security police heard a phone call in which Omar Mohsin Ibrahim called for bombs to be planted in Rome’s churches. Ibrahim is believed to be affiliated with Daesh, and to be in close contact with one of Islamic State’s operating cells in Somalia.

He did not deny the accusations after his arrest. According to a report by Il Fatto Quotidiano, he told investigators upon his arrest, “if it is what God wants, we must kill.”

He intended to either arrive in Rome or commit the attack on Dec. 27, according to investigators. He was heard to say, “27…it is good (if there are a lot of people) …very good” in one particular phone call. Ibrahim had reportedly been planning a journey from Puglia to Rome for some weeks.

The Puglia Court recently confirmed suspicions of his detention order, with the support of the District Anti-Mafia Directorate. Ibrahim is known as Anas Khalil on social media, and posted frequently about wanting to be a martyr. He moved to Sicily in 2016, and shortly afterwards to Emilia-Romagna. It was only in December 2017 when he moved to Bari.