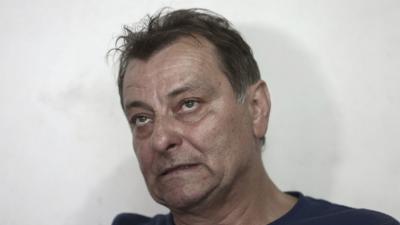 ROME - Brazilian Supreme Court judge Luis Fux has ordered the arrest of fugitive terrorist Cesare Battisti, paving the way to his extradition. The measure, long sought after by Italian authorities, had been recommended weeks ago by attorney general Raquel Dodge “to avoid the risk of Battisti’s escape.”

A TV Globo report has revealed that the order will be enforced immediately, for Fux has already formally revoked the injunction granted last year that prevented Battisti’s extradition. The terrorist, a member of the Armed Proletarians for Communism during the so-called 'Years of Lead', faces life imprisonment in Italy.

Battisti was convicted of four murders in 1981, though fled to France immediately after the trial, where he had been offered sanctuary by President François Mitterrand on the condition that he “renounced his past.” The sanctuary was withdrawn 15 years later, prompting him to flee to Mexico and shortly after to Brazil, where he was awarded a protection decree in 2010 by former President Luis Inácio Lula da Silva. Battisti has consistently denied committing murder.

Fux recently asked whether it would be possible for a head of state to annul a predecessor’s extradition grant. He presented a report on Battisti's case to Brazil’s Supreme Federal Court on Nov. 6, and asked for the verdict to be discussed among High Court judges.

Brazil’s incoming President Jair Bolsanaro promised upon his election to extradite Battisti. In the aftermath of the first round of elections, he said, “I want to reaffirm my commitment to the immediate extradition of terrorist Cesare Battisti, who is adored by the Brazilian left. This will happen if I win the elections.” Moreover, in response to a tweet by Salvini congratulating his father’s electoral victory, his son Eduardo Bolsonaro wrote, “the gift is coming!”

Battisti’s lawyer Igor Tamasauskas told Reuters that he has received Luis Fux’s decision in writing, but has yet to read it.