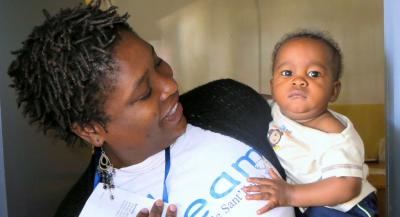 DREAM has worked to combat HIV in Africa since 2002 (dream.santedigio.org)

ROME – The Community of Sant’Edigio gave a telling reminder on Friday of the “forgotten epidemic” plaguing Africa, a day before further awareness of the disease is raised on World AIDS Day.

Statistics released by the organisation indicate that HIV, the agent responsible for AIDS, kills up to 380,000 people each year in South-East Africa, while at least 2,000 contract the disease each day in this area alone. Despite the continued work by a huge number of charities to combat the spread of the disease, it is still rife in so many communities.

Since 2002, the Sant’Edigio Community has been working alongside the DREAM organisation in 11 different African countries in a bid to reduce the effect of the deadly disease. In that time, the partnership has administered antiretroviral therapy to 500,000 patients.

DREAM has trained thousands of local professionals in 47 clinical centres and 25 laboratories to combat HIV, while also investing significantly in educating the populations most at risk from the disease. A pressing concern facing those attempting to stop the epidemic is the fact that it can easily be passed from mother to baby at the point of birth. However, in the organisation’s years of working in Africa, 100,000 babies have been born to HIV-positive mothers without contracting it themselves.

“We have always considered it our duty and commitment to save lives and improve the health of everyone in Africa. We are convinced that health is a universal right, and so access to health services cannot be a privilege for the few,” President of the Sant’Edigio Community Marco Impagliazzo said.

A donation of just 200 euros is capable of ensuring complete care for a patient with HIV, while 360 euros can treat a mother and her child during the first year of its life.