Sgarbi and colleagues under investigation for art forgery 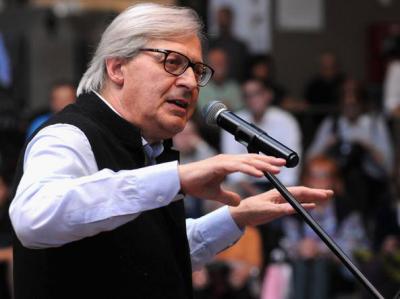 The cautionary measures come as a result of an investigation conducted by the Carabinieri Department of Cultural Heritage and coordinated by public prosecutor Laura Condemi. The individuals are under investigation for ‘criminal association’, as well as for having received stolen goods and counterfeited artworks. According to reports, for many years they have been unlawfully selling fake artworks on the contemporary art market. What is more, they labelled the artworks as “authentic.”

Over 250 artworks believed to be counterfeit have since been seized. Their combined value is worth 30 million euros.

According to the Rome Public Prosecutor’s Office, the organisation revolved around Rome’s Gino De Dominicis Archive Foundation, an association chaired by Sgarbi and made up of many important gallery owners, art experts and brokers. The criminals are being investigated for their involvement in the falsification, authentication and marketing of artworks which have been falsely attributed to famed artists such as Gino De Dominicis, one of Italy’s most important artists from the post-war period.

Sgarbi has maintained the works are “authentic,” and has defined the investigation as “irresponsible and criminal.”

He condemned the judge's “ignorance and blindness." “I’m suing,” he added.