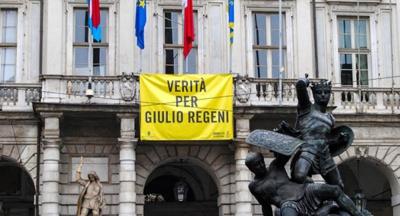 ROME – After yet another disappointing meeting between Italian and Egyptian investigators to examine Giulio Regeni's murder, Chamber of Deputies President Roberto Fico has declared Italy will severe all relations with the Egyptian Parliament. According to a report by Il Fatto Quotidianno, the Conference of Presidents unanimously agreed with Fico’s announcement, though the Italian government and Prime Minister Conte have yet to voice their approval. Laura Boldrini, former President of the Chamber of Deputies, revealed the executive “is not complicit” in the decision.

Fico’s declaration came in light of the lack of progress made in the tenth meeting between the Italians and Egyptians on the Regeni case. Italian prosecutors were reportedly extremely dissatisfied with Egyptian authorities’ unwillingness to cooperate. Their disappointment was so great that it prompted them to reveal intentions to report five Egyptian police and secret service agents, suspected to have been involved in the incident.

Prime Minister Giuseppe Conte has so far refrained from expressing an opinion on Fico’s proposal. He claims to be “unaware of the reasons for the decision.” He was informed of Fico’s plans on Thursday evening, when he allegedly received a note saying, “we will do all that is necessary to make Egyptian authorities renew their attempts to find concrete and useful evidence, and therefore achieve justice.”

Cambridge University PhD student Giulio Regeni, who grew up in Fiumicello, had been in Egypt researching the country’s independent trade unions when he was taken hostage, tortured and killed, between Jan. and Feb. 2017. Given Regeni’s research activities and left-wing political leanings, the Egyptian police's involvement in his murder is strongly suspected. An article for the New York Times, written Aug. 15 2017, seemed to confirm these suspicions, revealing that an Obama administration official had stated that, in the weeks following Regeni's murder, the United States acquired "explosive proof that Egyptian security officials had abducted, tortured and killed Regeni."

Italian police officers have been pulling out all the stops to encourage Egyptian President Abdel Fattah el-Sisi to reveal something about the incident and advance the investigation. Yet their efforts thus far have proved unsuccessful. El-Sisi’s most recent contribution to the investigation came on Nov. 13 2017, and was reportedly highly uninformative.

During this week’s meeting, held between magistrates in Cairo, authorities from the Rome Public Prosecutor’s Office mentioned a video provided by Egyptian authorities in May. The video featured footage from surveillance cameras of a Cairo subway station in which Regeni could not be identified. Though Egyptian authorities insisted back in May that they would provide Russian technical experts with the video as soon as possible, it was only sent on Nov. 23. In explanation for the delay, Egyptian authorities declared, “these things happen.”

In addition, upon analysing the video in more detail, investigators found some “gaps” in its recording.