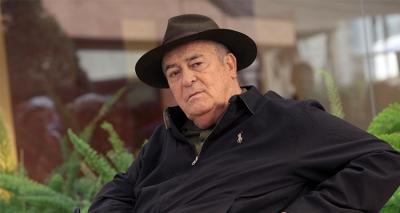 ROME - Considered one of the world’s leading film directors, Bernardo Bertolucci transgressed the traditional cinematic depiction of everyday life, and paved the way for the Italian new wave movement. His expressionist style, both visually and sensually evocative, extended beyond neorealism. Mr Bertolucci's global fame was launched in 1972 with ‘Last Tango in Paris’, a film so controversial for its explicit sex scenes that it landed him with a four-month suspended prison sentence.

Mr Bertolucci explored subject matters rarely tackled by his contemporaries, most notably perhaps the sexual relations between characters trapped in psychological crisis. Yet it was not just his provocative explorations of sexuality and ideology, but also his avant-garde styles of cinematography and lighting that influenced many upcoming generations of filmmakers. He sealed his place in Hollywood history after releasing the 1987 biopic ‘The Last Emperor’, which won nine Academy Awards, including best picture and best director.

Bertolucci was swept up in the #MeToo campaign in 2016, following the emergence of a video in which he revealed that he and Marlon Brando had not informed 19-year-old actress Maria Schneider about the details of a sex scene in ‘Last Tango.’ Following the premiere of the film, Schneider became a drug addict, and some years later a hard campaigner for women’s rights.

Bertolucci was born in Parma in 1941, and grew up in an artistic environment. His mother Ninetta taught literature, and his father Attilio was a poet.

After moving to Rome, he started making films using a 16-millimeter camera. Though he received awards for his poetry at the age of just 21, he prioritised a career in filmmaking. “Poetry was only a means of expressing myself until I could find the real way – making movies,” he once remarked.

His father introduced him to poet Pier Paolo Pasolini, who hired him as production assistant on the 1961 film 'Accattone'. A year later, Bertolucci directed his first feature, 'The Grim Reaper', which showed different people’s perspectives upon the murder of a prostitute in Rome. It was a commercial flop – Bertolucci himself once described it as the film of “someone who had never shot one foot of 35mm before but who had seen lots and lots of films.”

Yet the director concocted a style of his own in his second film, ‘Before the Revolution’, which depicts the struggle of a young middle-class man, torn between radical politics and his bourgeois roots. The feature was widely acclaimed by critics for its technical complexity, and marked his first attempt at tackling themes of betrayal and ideology.

The two films that followed, ‘The Spider’s Stratagem’ and ‘The Conformist’, have long been regarded as Bertolucci’s most enduring achievements. They brought his political preoccupations to the fore, and exhibited his flamboyant directorial style.

Schneider, the film's lead actress, was traumatised by a rape scene she was forced to partake in. Shortly before her death, she told the Daily Mail in 2011, “I felt humiliated and, to be honest, I felt a little raped, both by Marlon and by Bertolucci. After the scene, Marlon didn’t console me or apologize. Thankfully, there was just one take.”

Some years later, Bertolucci went on to direct his most ambitious project to date - the film, '1900', which followed the class struggles tackled by different Italian characters over several decades. Despite starring actors of international acclaim, from Robert De Niro to Gérard Depardieu, it received mixed reviews upon its release in 1976.

He directed a great many films in the years following the release of '1900' which were panned by critics and viewers alike. This forced him to reconsider his directorial style, and triggered his shift back into epic mode with ‘The Last Emperor,’ the first Western feature to be filmed within the Forbidden City in Bejing. Upon the film’s critical success, Bertolucci continued to work with British producer Jeremy Thomas. The pair went on to produce ‘The Sheltering Sky’, ‘Stealing Beauty’ and ‘The Dreamers.’

Bertolucci’s final film ‘Me And You’, released in 2012, was directed from a wheelchair. He had no children, but had been married to film-maker Claire Peploe since 1978. She confirmed his death on Monday morning.