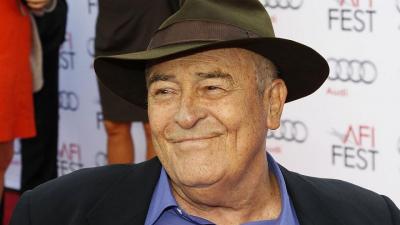 ROME – Bernardo Bertolucci, one of the most influential figures in Italian cinema over the last 50 years, has passed away, his family reported on Monday.

The great director, most famous for works such as ‘Last Tango in Paris’ and ‘The Last Emperor’, was suffering from lung cancer and died aged 77 in Rome.

Bertolucci was born in Parma on March 16, 1941 and had directed his first feature ‘La Commare Secca’ by the age of 21, having begun his career assisting Pier Paolo Pasolini just one year previously.

He shot to worldwide notoriety after the 1972 release of the highly-charged ‘Last Tango’, which was banned in multiple countries due to its sexually explicit content. The Italian courts put Bertolucci on trial for obscenity, before handing him a four-month suspended prison sentence, while all copies of the film were seized by Italian police on the order of a prosecutor, who considered it “self-serving pornography.” The four-hour epic starring Marlon Brando explores the sexually-charged relationship of an American businessman with a young Frenchwoman.

The Italian earned himself two Oscars for ‘The Last Emperor’ in 1988, a biopic which details the life of Pu Yi, the final ruler of the Qing dynasty who abdicated in 1912. Along with Bertolucci’s awards for directing and co-writing, the film won seven other Oscars, including best picture.

Bertolucci’s contribution to the world of cinema was rightly honoured in 2008 as he received a star on the Hollywood Walk of Fame, before being awarded an honorary Palme d’Or at the prestigious Cannes Film Festival three years later.