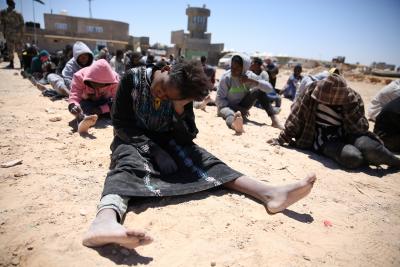 ROME – The UN Refugee Agency has called for the end of refugee detention and an increase in the number of resettlement places for migrants after the total number of evacuees from Libya reached 2,500, according to a press release from the organisation.

A year after the UNHCR first launched evacuation programmes in Libya, 2,500 detained refugees and asylum seekers have been transferred to Niger, Romania and Italy. The majority of these migrants were admitted to detention centres after being intercepted or rescued at sea in an attempt to cross the Mediterranean.

Head of the UNHCR mission in Libya Roberto Mignone spoke to the plight of the refugees in Libya, saying that they face “a nightmare scenario.” “They have fled their homes in search of security and protection, only to be imprisoned … indefinitely in squalid conditions,” Mignone explained. He characterised it as “reprehensible” that they are detained, rather than being protected.

Given the dangers facing refugees and migrants in Libya, the UNHCR has continually called for alternatives to detention, the press release says, and advocates the support of evacuation operations, which bring the most vulnerable out of dangerous circumstances and into safety in other nearby countries. 23 evacuation missions have been successfully carried out by the UN Agency in the past year, ensuring the safety of 2,476 vulnerable refugees. However, these people are only being transferred to three countries and consequently, the UNHCR has requested that many more governments pledge to resettle those who urgently need evacuating from Libya.