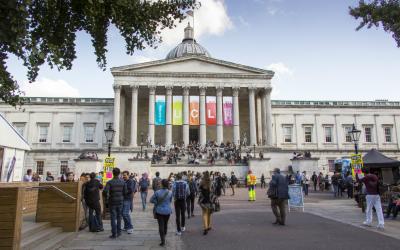 ROME – University College London (UCL), one of Britain’s leading universities, has taken steps to forge relationships with its counterparts in Rome ahead of an expected downturn in collaboration opportunities with EU-based establishments once Brexit takes effect, La Repubblica reports.

Once Britain leaves the EU in March 2019, though negotiations are still ongoing, the academic and financial support shared between universities from the two parties is expected to drop. In response, UCL has launched a new initiative called the ‘Cities Partnerships Programme’, which aims to invest in collaborative research and teaching in cities around the world, the first being Rome. “The initial focus on Europe is an expression of UCL’s commitment to our European partners: those who share our values and a clear emphasis on world-leading academic excellence,” the university’s project outline states.

Rather than focusing on a particular university, UCL’s aim is to build partnerships with the various institutions in any given city. In Rome, La Sapienza and LUISS, among other academic establishments, have both agreed to take part in the programme, La Repubblica reports. UCL has pledged to provide up to 5,000 pounds in funding to facilitate a project proposed by any of its academics.

Director of the project in Rome Professor Florian Mussgnug, Reader in Italian and Comparative Literature, elaborated on the decision to begin this venture in Rome, saying, “what brings us to Rome, beyond the unparalleled historical and cultural richness of the city, is the desire to fight alongside one-another for the for the future of higher education and keep battling to keep British universities in Europe.”

“The political crisis in the Mediterranean has moved Italy to the forefront of international media attention, making it a vital context for important debates about the identity and future of Europe,” Mussgnug comments in an interview published by UCL. “More than 50 years after the Treaty of Rome, the Italian capital remains a powerful symbol of European unity.”

Mussgnug was also heavily involved in the ‘Rome Multidisciplinary Research Hub,’ which facilitated 11 collaborative projects between British and Italian academics between April and June 2018. 37 members of UCL staff from six different faculties were invited to speak at the events, along with around 60 other academics.

In Mussgnug’s eyes, the research hub represented a “strong, positive signal” in the aftermath of the Brexit vote. Such a statement was “needed, especially for subjects like Modern Languages, European Studies and Comparative Literature, which rely strongly on free movement and the Erasmus exchange student programme.”

“The spectre of Brexit marked a threat to the future of UK universities,” the professor adds. “British universities have benefitted enormously from EU funding and from the free movement of researchers and students, and there was justified concern that prolonged political uncertainty and the noxious rhetoric of the Leave campaign would put off researchers in other European countries.”

Vice-Chancellor of UCL Nicola Brewer spoke highly of the university’s decision to emphasise European connections following the Brexit vote, saying “this project goes beyond just fundraising or the recruitment of staff and students; we’re aiming towards the free exchange of ideas and knowledge, with benefits that go in both directions.”

We must work together to find solutions to the “complex global challenges of our time,” Brewer adds. “We must not allow Brexit to impede us.”