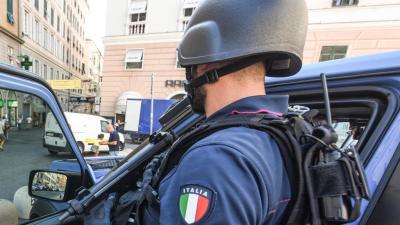 MILAN – A lone ISIS operative was arrested early on Tuesday morning in an anti-terrorism operation in Milan, police sources report.

Milan police detained a 22-year-old Egyptian man on suspicion of his involvement with international terrorism as an ISIS lone-wolf. The suspect, who has not been named by police, was allegedly involved with the publication and dissemination of ISIS propaganda.

Investigations from Italian police authorities led to a raid in Milan, as well as the search of properties in Lombardy, Abruzzo, Emilia-Romagna and Piedmont.

“I am ready to fight, ready to wage war,” the Egyptian said, according to police, who had been monitoring the suspect’s communications through wire-tapping. He also claimed to have received thorough military training.