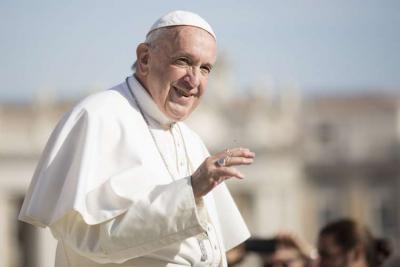 ROME - The Italian Bishops Conference (CEI) announced Thursday that the text of the best-known prayer in Christianity is about to change. According to Pope Francis, the current line that reads “lead us not into temptation” is not a good translation, because God to does not lead humans to sin. It will be changed to “do not abandon us to temptation”.

The third edition of the Roman Missal, the liturgical book containing the texts for the celebration of Mass, shall now be sent to the Holy See for approval.

The text was originally translated from ancient Greek, Hebrew and Aramaic. When asked in a television interview last year to identify the flaw in the original translation, the pontiff responded “a father does not (lead us into temptation), a father helps you to get up immediately.”

The CEI has produced a document which justifies the amendment. It reveals that Bishops and experts spent sixteen years carefully analysing the Prayer before deciding upon any changes. ”They have been focusing on improving the text from a theological, pastoral and stylistic viewpoint, and on developing the presentation of the Roman Missal.”

A representative from the Episcopal Conference declared, “the Bishops intend for the publication of the new edition to be an opportunity to help renew the ecclesiastic community. Liturgical reforms are just a starting point. The renewal shall include ordained ministers, as well as the faithful. Developments like these are becoming increasingly crucial in the process of Christian initiation, in workshops and in proposals for the permanent training of the clergy.”

The President of the CEI, Gualtiero Bassetti, has said the new translation will make the Prayer “more flexible in the community. It is more than just a translation.”

The CEI have also changed the start of the Gloria to “peace on earth to men beloved of the Lord.”