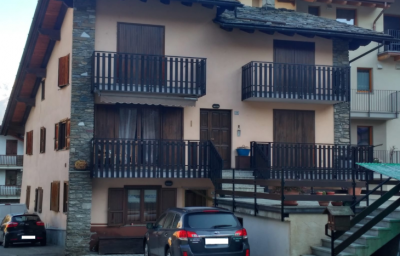 AOSTA – A 48-year-old mother administered her two children with a lethal injection on Thursday night, before killing herself, police sources reported on Friday.

Marisa Charrere, a nurse at the Parini hospital, Aosta, injected seven-year-old Nissen and nine-year-old Vivien with the same potassium-based substance used to kill death-row inmates in the U.S. at their home in the small village of Aymavilles, initial investigations suggest. Police sources have suggested that Charrere may have obtained the medicines used in the injection from her workplace. Toxicology examinations, due to be carried out later on Friday, will confirm the exact cause of death.

Police were first made aware of the incident by the children’s father, and woman’s husband, Osvaldo Empereur, who returned home around midnight to find his family dead. Both Empereur and his mother-in-law had to be taken to hospital after going into shock following their discovery.

The mother left two letters in the house, which detailed her reasoning for killing her children and committing suicide. They reportedly said that she could no longer stand the difficulties in her life. A woman close to the family, Simone Reitano, interviewed by journalistic sources, said that Cherrere “hadn’t shown even the first sign of being depressed.” “I never heard them arguing,” she added.

“A normal family, who got involved with village life,” Deputy-mayor of Aymavilles Fedele Belley commented. Describing Charrere in particular, Belley said, “she was a slightly closed-off character, but no-one could have imagined something like this.”