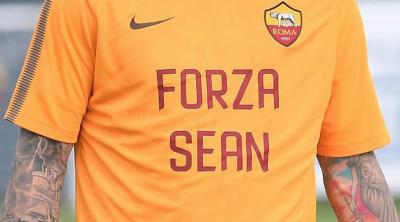 ROME – AS Roma have taken the decision to donate 150,000 euros towards the medical treatment of Sean Cox, the Liverpool fan who was attacked by Roma supporters in April, club sources reported late on Thursday.

The club said that officials had visited the Cox family and would organise help to cover any costs of Mr Cox’s treatment “over a multi-year period,” as he “will require care for the rest of his life,” according to his wife Martina.

Roma chairman James Pallotta will reportedly make a personal donation of 50,000 euros, adding to the club’s official contribution of 100,000 euros. “What happened to Sean Cox should never happen to anyone attending a football match,” Pallotta was quoted as saying. “We all hope Sean makes as full a recovery as possible,” he added.

In October, the Insider reported that Roma fan Filippo Lombardi was jailed for three years for his involvement in the incident outside Anfield on April 21. He was given the sentence for violent disorder but cleared of a grievous bodily harm charge (http://www.italianinsider.it/?q=node/7300)