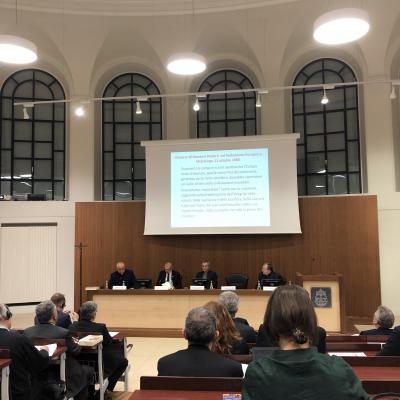 ROME - A conference to commemorate the centenary of Polish independence took place at Rome’s Pontifical Gregorian University on Wednesday morning. Though the primary focus of the conference was Poland’s plight for independence, talks were held on a variety of matters, ranging from the foundation of Czechoslovakia and Yugoslavia, to the independence struggles of Ireland and the Ukraine.

Talks were delivered by many significant figures on the global political stage. Professor Nuno da Silva Gonçalves, a Portuguese Roman Catholic priest and lecturer at the Pontifical Gegorian University, opened the event. He underlined the importance of 1918 as a year of independence not only for Poland, but for European countries such as Lithuania and Estonia too.

Bishop Paul Richard Gallagher was the next to take to the floor. He remarked that events leading to the independence of different European states would be mentioned throughout the conference. He referred to many different pontiffs who have been instrumental in the plight for international peace, such as Pope Benedict XV, and expanded upon the Church’s role in promoting the common good for every country.

The following speaker, Professor Jan Mikrut, examined the events leading up to World War One, and the difficulties encountered in its aftermath to establish peace. The Professor went on to identify the events which triggered World War Two, which was in his opinion, “the greatest tragedy in the history of humanity.” He concluded his talk with an allusion to the importance of the EU as an organisation which has promoted peace by enabling Europeans to unite and integrate with one another.

The Polish Ambassador to the Holy See, Janusz Kontański, spoke at various points throughout the conference. His first speech began with the statement that, “there can be no greater glory than that of being Polish.” He described the Polish struggle for independence, and the many sacrifices that have been made for the sake of freedom. He highlighted that the Vatican was once one of Poland’s greatest allies, and remarked that individuals’ fidelity to Christian values has enabled the world to advance.

A range of influential people went on to speak, including the Lithuanian, Slovenian, Czech, Slovakian, Georgian and Ukrainian Ambassadors to the Holy See. The conference was brought to a close by a question-and-answer session, followed by a short film dedicated to the Polish plight for independence.

It was a fascinating conference, and a fitting way to mark the centenary of such a significant event. 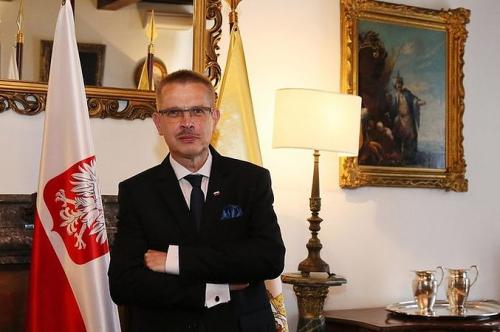