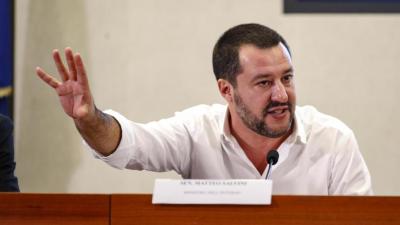 In an interview with Leggo.it, Deputy Prime Minister Salvini said, “If private funds are not enough, we’ll make the final effort,” in reference to the government’s decision to support the bid, but not grant funding to the organising committee. “I think the project to host the Olympics in the Italian Alps, using private money that can be raised, is captivating,” he continued.

Salvini himself has thrown his support behind the bid since its inception and has called on the government to provide financial support for the endeavour, seeing it as an opportunity to provide thousands of jobs for Italians in northern regions of the country. “Naturally, if help is needed and it brings returns in terms of image and positivity, then it’s worth it,” he said.

Formerly a three-horse race, the competition to host the 2026 Games will now reportedly be contested by just Stockholm and Milan-Cortina after the residents of Calgary voted against the city’s bid. Over 56 percent of voters rejected the Canadian Olympic Committee’s plan to host the Games, sources report. Though a non-binding vote, both the Calgary city council and the COC are expected to respect the result.