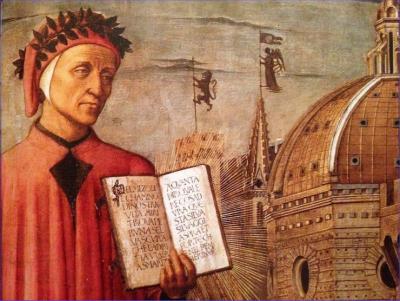 ROME - The Crespi d’Adda Theatre is to host a series of readings and interpretations of Inferno, Dante Alighieri’s masterpiece, accompanied by live music. Performances will be free to attend, and will commence at 9 p.m. on every Friday in November.

As a symbol of the country’s cultural achievement, Dante occupies a critical position in Italian society. The Divine Comedy, his long narrative poem, is considered to be the pre-eminent work of Italian literature. Some regard it as one of the greatest literary works to have ever been written. Inferno is the first part of the narrative poem.

Italians of all ages are strongly encouraged to attend the performances. The first will take place on Nov. 9, and will feature a brief introduction to the life of Dante, as well as a narrative performance of extracts from first five canti.

The second will take place on Nov. 16, and will feature narrations of the most important parts from canto VI to canto X. There will also be a reading from Inferno’s final canto, dedicated to Farinata degli Uberti, Italian aristocrat and military leader.

The third will be held on Nov. 23, and will include readings of significant extracts from canti XI to XXV. There will also be a reading of the most important verses in canto XV, which depict Dante’s meeting with his master Brunetto Latini.

The final performance will take place on Nov. 30, and will feature narrations of important episodes from canto XXVI to canto XXXIV. There will also be a reading of the extract in canto XXVI which is dedicated to Ulysses. The performance will end with a reading from chapter 12 of Primo Levi’s masterpiece If This Is A Man.

The programme is entitled ‘Diverse voci fanno dolci note: letture dantesche.” Enzo Galbianti will present and narrate the performances, and Marta Nahon will play the violin in accompaniment.