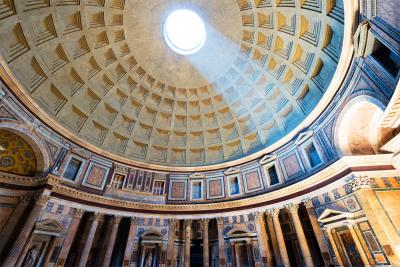 ROME - To the relief of Roman residents and tourists alike, Minister of Culture Alberto Bonisoli has decided against charging an entry fee to the Pantheon. His predecessor, Dario Franceschini, had pledged to charge an entry fee of two euros, as part of a drive to squeeze yet more money out of tourism. Bonisoli’s decision was perhaps made in light of Interior Minister Matteo Salvini’s recent revelation of plans to charge entry to churches owned by the Fund for Buildings of Worship.

The proposal to charge an entry fee to the monument had been extremely unpopular among several members of the Five Star Movement. It also came as a great disappointment to Deputy Mayor Luca Bergamo, who said that if tickets were introduced, he would be inclined to “chain himself up.” The agreement was signed on Dec. 11, 2017 by ministers and the Vicariato di Roma, and the charge was to come into force from May 2018.

Franceschini had mentioned that visitors would not be charged upon entry if they were intending to pray inside.

The Pantheon, one of the ancient world’s best-preserved monuments, receives over seven million visitors a year. It is reportedly set to receive more tourists than the Colosseum in the coming years. Its current form dates from the early part of the region of Emperor Hadrian, who came to power in A.D. 117. Yet although it may cost a great deal of money to maintain, its free entry policy has been widely popular among Roman residents and authorities for years.