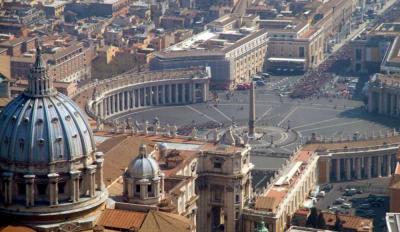 ROME – Following a ruling from the European Court of Justice on Tuesday which ordered Italy to recoup unpaid Church property tax, a census of Church-owned buildings in Rome has been asked for by the capital’s civic government, Il Messagero reports.

After it was revealed that the Church had avoided paying between four and five billion euros worth of the ICI property tax (http://www.italianinsider.it/?q=node/7374), Rome’s authorities have asked for disclosure of the number of buildings used for non-religious purposes that the Catholic Church owns in Rome. The specifically ‘non-religious’ use of these buildings is a determining factor in whether an IMU property tax is required.

According to Il Messagero, religious organisations as a whole own 273 accommodation facilities in the Eternal City, some 13,000 beds, while one in every four private hotels in Rome is owned by the Church. Shops are also owned by the Holy See, but the vast majority of its property comes in the form of former convents converted into hotels and holiday homes.

The request from mayor Virginia Raggi’s office represents an important step towards the city reclaiming the vast sums of tax previously unpaid by the Church. In January 2017, then Councillor for Trade Adriano Meloni claimed that Raggi “requested payment of the IMU tax from Pope Francis, to which he agreed.” Though over 18 months ago, recent developments suggest that this outcome is not unlikely.