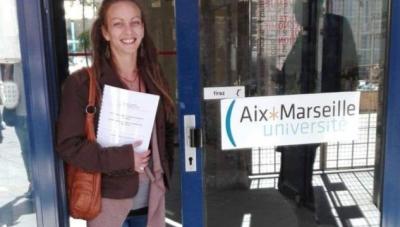 MARSEILLE – Following the collapse of two buildings in Marseille on Monday, an Italian woman has been revealed to be missing, French media sources say.

Simona Carpignano, a 30-year-old from Taranto, lived in one of the two multi-story buildings, having moved to France just six months previously to join a friend who was working in Marseille, local sources say.

According to French police, at least eight people, including Carpignano, are still missing after Monday’s events. Two bodies have already been found beneath the rubble by French emergency teams.

The Italian consulate in Marseille said on Tuesday that “it is providing all possible assistance to her relatives and is in constant contact with the local authorities. Carpignano’s father has travelled to the French city in search for information about his daughter, media sources suggest. “I’m in the offices of the judicial police. I want news,” Mr. Carpignano was quoted as saying on Tuesday.