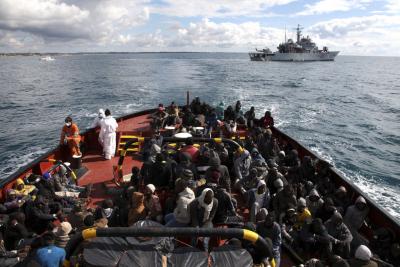 ROME – The UN Refugee Agency (UNHCR) has expressed its concern over the Italian government's security decree on migrants currently being discussed in the Italian Senate, according to a statement released by the UN organisation.

The proposal, dubbed the ‘Salvini decree’, given the Deputy Prime Minister’s extensive involvement in the piece of legislation, was issued by the government in early October and, if supported by the Italian parliament, must be voted into law by the end of November.

The UNHCR has drawn attention to the fact that the measures, in their current form, could negatively impact the rights and protection of asylum seekers and refugees in Italy. In particular, the UN organisation considers the proposal to double the amount of time migrants can be detained to be risky, given that it does not provide adequate guarantees for vulnerable people, including those who have been abused or tortured, for example.

The standard and service offered by the asylum reception centres across Italy has also been criticised. The UNHCR has described them as “often oversized, overcrowded and relegated to remote areas, far away from basic services.” Asylum seekers and refugees who are placed in these centres do not, therefore, receive anywhere near the level of support they need.

The statement from the organisation emphasised that the measures being pushed forward by the Italian government would have to comply with “the Geneva Convention, international law and the existing European standards” towards migrants. Prime Minister Giuseppe Conte, who has supported the ‘Salvini decree’, has claimed that the bill is in accordance with each of these pieces of legislation, despite concern from various international bodies, including the UN.

The UNHCR emphasised the importance of seeing refugees “not as a political issue, but as people.” Matteo Salvini and the government had already been criticised for their rhetoric surrounding refugees, in particular by the head of the Italian catholic bishops’ conference, who said “we cannot consider the immigrant’s condition to be automatically that of a criminal” in response to the connection made between immigration and security in the bill.

“Lawmakers still have time to do the right thing, not just for asylum seekers and refugees, but also for the preservation of Italy’s long and proud tradition of championing human rights,” read the final words of the UN organisation’s statement, imploring the Senate to call for amendments to the bill.