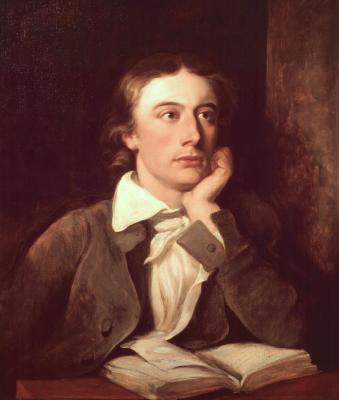 ROME - A letter written by John Keats, one of England’s best-loved poets, has been bought by the Keats-Shelley Memorial Association for 131,000 pounds. Although just 76 words long, it is the most expensive of his letters to date. It was written June 21, 1818, to Thomas Monkhouse, cousin of William Wordsworth’s wife, Mary Hutchinson.

In the letter, Keats expresses regret for not having been at home when Monkhouse called. It reads, “My Dear Sir, I regret not being at home when you called the other day - the more because I shall set out tomorrow morning for the North. I was very much gratified to hear from (Benjamin Robert) Haydon that you so great a lover of Wordsworth should be pleased with any part of my poem (Endymion). In hopes of seeing you soon after my return and speaking of my visit to Rydal, remain, Yours very truly, John Keats.”

Endymion was Keats’ first attempt to write a long poem, and received devastating reviews upon publication. Haydon’s personal copy of the work is on display in the Keats-Shelley Memorial House.

The letter will appear in the Association’s copious collection, which is currently on display at the Keats-Shelley House museum in Rome. Boasting an array of over 8,000 works, including Keats’ personal copy of Tacitus’s Orationes omnes dating back to 1810, the museum attracts tourists, scholars and admirers of Romantic literature from all over the world.

The Memorial House, dating from the 18th century, was where Keats lived in the months leading up to his death in 1921. It is located in Piazza di Spagna, beside the famous Spanish Steps that lead up to the church of the Trinità dei Monti. When Keats arrived in Rome in Nov. 1820, desperately ill with tuberculosis, Scottish doctor James Clark found him and his companion Joseph Severn rooms on the house’s second floor.

After Keats’ death on Feb. 23, 1822, the house became derelict. An appeal was launched to save it from demolition, and with support from the Kings of England and Italy, as well as from the President of the United States, the Keats-Shelley Memorial Association was established in 1906. Just three years later the house was opened to the public as a museum and library commemorating Keats, Shelley and other Romantic poets who had lived in Italy.

The collection is on display in four rooms of the house, including Severn and Keats’ old bedrooms. The items in the museum explore the lives of Keats and Shelley, as well as those of other Romantic poets such as their best-selling contemporary Byron. They also illustrate how the poets’ posthumous reputations grew following their deaths, for memoirs written by surviving friends are on display, as well as posthumous portraits painted by memory.

A great many letters in the collection underline Keats’ intense commitment to poetry, not to mention sense of humour. One note addressed to Severn reads, “My dear Severn, The Doctor says I mustn’t go out. I wish such a delicious fate would put me in cue to entertain you with a Sonnet or a Pun.”

A series of correspondences in the museum indicate how in the final months of his life, Keats’ acquaintance with Severn blossomed into a friendship. Portraits painted by Severn not only of John Keats, but also of his brother Tom, are exhibited. Many works also reveal a great deal about Keats’ relationships with members of his family, including his sister Fanny, who he wrote to regularly, “in order,” he said, “that I may not only, as you grow up love you as my only Sister, but confide in you as my dearest friend.”

Moreover, the museum contains artefacts in connection with other writers from the period, including a travel writing-desk owned by Mary Shelley, author of Frankenstein. Writers’ opinions on their contemporaries are revealed in letters - a note written by Byron to Murray Mary in 1817 features, in which he gushes about Shelley’s talent.

It may come as no surprise that Keats’ letters are so highly prized, since he composed some of the greatest works in the English language.

The man behind La Belle Dame Sans Merci, Lamia and On Melancholy, he is regarded by many as a genius. A fragment of his poem I Stood Tiptoe Upon a Little Hill was the last manuscript bearing the poet’s signature to have been publicly sold. The only hand-written poem of his known to remain in private hands, it went for a whopping 181,250 pounds at a London auction.