Professor accused of explaining how to make weapons 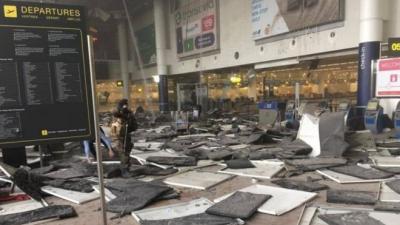 ROME - Paolo Maltese, a retired professor from La Sapienza University in Rome, has been accused of posting information online about how to build weapons of mass destruction. The so-called “ingredients” he listed were reportedly identical to those used by terrorists in the March 2016 Brussels metro station attack.

Maltese was an Engineering professor at La Sapienza University until 2004. “Homemade explosive” was the title of the explanation he allegedly posted online, in which he apparently describes in great detail how to construct weapons of mass destruction. According to reports, he explains how to fuse the different “ingredients” together, and lists the chemicals needed to produce such destructive devices. The so-called “lesson” was available to read online until March 30 2016, just days after explosions took place in a station and airport in Brussels.

Investigators have discovered that the first part of the explanation was copied and pasted from another description accessible online.

Maltese reportedly posted the “lesson” in his online autobiography, alongside a description of his father Corrado Maltese, an Art History professor at both La Sapienza and the University of Genoa. He also boasts about his academic success and marriage in the autobiography.