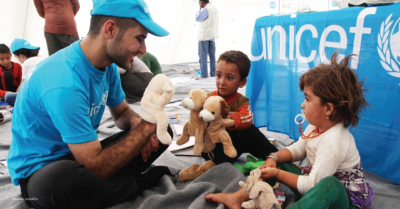 ROME – The UN fund UNICEF has responded to allegations of laundering and embezzlement from Italian shareholders in a recipient corporation in a manner that has left its donors none the wiser, Il Fatto Quotidiano reports.

Representatives of UNICEF published a letter to its donors, in which the organisation attempted to reassure donors over concerns that UNICEF had decided not to sue the children’s charity Play Therapy Africa for its alleged involvement in embezzlement and money laundering.

The letter, allegedly sent to Il Fatto by a UNICEF donor was, however, far from transparent about the organisation’s relationship with the charity in question. Having entered into a contract with Play Therapy Africa in 2008, “the quality of services became less and less satisfactory and in 2013 UNICEF decided to discontinue the relationship,” the letter reads, without indulging any further details on the matter.

The orgnanisation did say that, were further developments in the allegations to come to light, it may re-evaluate its decision not to enter legal proceedings, writing that it was committed to “protecting their interests and those of their donors.”

A 2016 investigation into Play Therapy Africa’s shareholders, Alessandro, Luca and Andrea Conticini allegedly found that up to two-thirds of funds given to Play Therapy Africa by non-profits and organisations such as UNICEF had ended up in the personal accounts of the Conticini brothers. The UN fund itself gave up to 3.8 million dollars to the charity, which allegedly only used around a third of the 10 million it received for charitable purposes.

A change in Italian law passed in April provided the opportunity for the companies that had donated funds to the children’s charity to submit a lawsuit against it. However, Italy director of UNICEF Paolo Rozera said in September that UNICEF would not be pursuing a legal case against the charity. Following this decision, UNICEF faced huge backlash from its donors, many of whom threatened to withdraw their support for the organisation, having seen their money allegedly fall into the hands of the Conticini brothers, rather than used for its intended purpose.