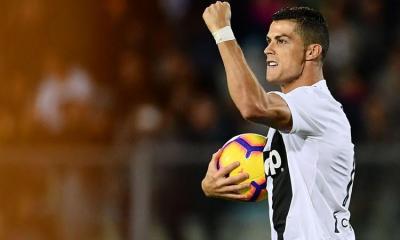 ROME – AS Roma defended resolutely to earn a valuable point against high-flyers Napoli, while Cristiano Ronaldo ensured Juventus extended their lead at the top of the table with a win against Empoli.

Despite taking an early away lead against second-place Napoli through Stephan El Shaarawy’s 14th minute strike, the home side dominated proceedings for the whole game. However, Napoli couldn’t find a way through Roma’s defence, until Dries Mertens finished from close range in the last minute. Napoli will have expected far more out of the game than just a point, having recorded 26 shots in 90 minutes. Their finishing left a lot to be desired, however, with only 5 on target, as Lorenzo Insigne failed to shine in his usual fashion.

The draw allowed league leaders Juventus to restore their lead at the top of the table to six points, bouncing back from their first draw of the season last week to take three points away at Empoli. The bianconeri started the game uncharacteristically slowly, perhaps feeling the effect of their mid-week Champions League fixture. It was the home side that found the opener after 28 minutes through Francesco Caputo. Juve manager Massimiliano Allegri clearly had some rousing words for his side at half-time, as within 10 minutes they had won a penalty, which Ronaldo duly slotted home. Just 15 minutes later, the Portuguese forward doubled his tally for the game with a superb strike from range, proving his worth as Juve’s record signing.

Empoli’s competitors for survival fared better in their fixtures. Frosinone achieved their first win of the season with a brilliant 3-0 away victory over SPAL, while Bologna moved three points clear of Empoli in 17th as they drew 2-2 at Sassuolo. Bottom-placed Chievo did not have the same success, however, and still couldn’t move above minus one point, having been punished earlier in the season for administration errors.

AC Milan recovered from last week’s narrow derby loss with an equally hard fought 3-2 victory over Sampdoria, which moved them up to fifth in the table, thanks to a number of mid-table draws. Torino and Fiorentina shared one goal apiece, while Genoa drew 2-2 with Udinese.

Third and fourth placed Inter Milan and Lazio, respectively, face off on Monday evening, both sides looking to keep up with Napoli and Juventus.