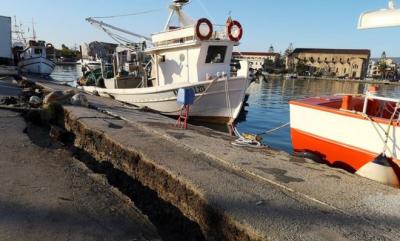 ZANTE – An earthquake 38 kilometres of the coast of Greek island Zante, reported at 00.54 on Friday, could be felt in a number of regions in Southern Italy.

Italy’s National Institute of Geophysics and Volcanology has detected a magnitude of 6.8 up to a depth of ten kilometres.

The shock was particularly noticeable in Calabria, Puglia and eastern Sicily, where an ‘orange alert’ has been issued and people have been warned to stay away from beaches, due to possible variations of up to one metre in the sea level.

A large amount of damage has been reported in Zante, the closest area of land to the epicentre of the earthquake. The power supply was lost, while the island’s port suffered heavy damage but managed to be kept open.

Emergency services have received thousands of calls in Southern Italy, and remain on high alert for any developments.