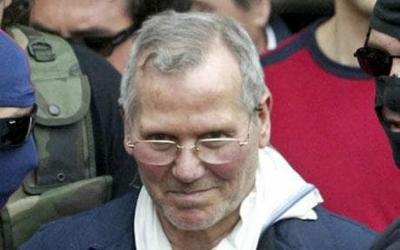 ROME - The European Court of Human Rights (ECHR) has ruled that Italy violated the rights of mafia boss Bernando Provenzano when renewing his harsh prison regime on March 23 2016. Provenzano died a few months later in a prison hospital at the age of 83, after a decade spent in jail.

The Court declared that the strict prison conditions he was forced to endure immediately prior to his death were unjust due to his “critical cognitive decline.” Provenzano's lawyers had argued to have his conditions eased due to their client's frail health, but to no avail. According to ECHR judges, the application of the prison regime violated his right to not be subjected to inhuman or degrading treatment.

Provenzano was the suspected leader of the Corleonesi, and the de facto “boss of all bosses” of the entire Sicilian Mafia until his arrest in 2006. He was known as "the tractor" for his ruthless methods, and was allegedly involved in almost 15 percent of the publicly-bid building and civil construction projects in western Sicily. He and his family had been under surveillance for several years prior to his arrest.

The Italian government have heavily criticised the ECHR’s decision. Salvini called it, "the umpteenth demonstration of how useless this umpteenth European circus is."

"The Strasbourg court has 'condemned' Italy because it kept 'Mr' Provenzano, sentenced to 20 life sentences for dozens of murders, in hard jail until his death," he continued.

Deputy Premier and Labour and Industry Minister Luigi Di Maio criticised the decision further, posting the following message via Instagram: "So we violated Provenzano's right not to be subject to inhuman and degrading treatment. They don't know what they are talking about. The inhuman behaviour was Provenzano's."

"No mercy with the mafia," he added.