Race against the clock to find bone marrow donor for baby 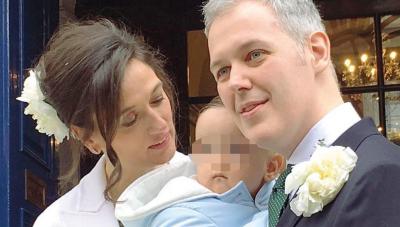 ROME - An urgent appeal has been launched to find a bone marrow donor for Alessandro, a one-and-a-half-year-old baby with just five weeks left to live. Alessandro was born with a rare genetic disorder and needs a transplant to survive.

His parents’ appeal has gone viral in both Italy and the United Kingdom, for Alessandro was born in London and his parents still live there. They have been overwhelmed by the wave of solidarity across social media and important establishments, though a match has yet to be found for his bone marrow on international donor registries.

Alessandro’s father Paolo has opened a Facebook page calling for people between the ages of 18 and 36 to have saliva samples taken, which experts can then use to detect their DNA. Specialists will also collect samples in Piazza Trieste e Trento in Naples on Saturday, and in Piazza Dante in Caserta on Sunday.

Presidents of superior education institutes have encouraged students to get samples taken. The Association of Bone Marrow Donors (ADMO) is urging school staff to act quickly and inform students about the collections. Many public administrations have also been raising awareness for Alessandro’s cause, while the singer Gigi D’Alessio has shared the appeal with fans on social media platforms.

Just five weeks remain for a match to be found. Alessandro is currently being kept alive by an experimental drug, which will lose effectiveness after the five-week period. Potential donors have been urged to contact a hospital or the ADMO.

Alessandro’s parents have been trying to dispel the widely accepted myth that all transplants require surgery. All that is needed to save Alessandro is a blood sample. Paolo says, “while there are only eight blood groups, there are billions of bone marrow combinations. A simple lab procedure is all that is required to find a compatible blood donor.”