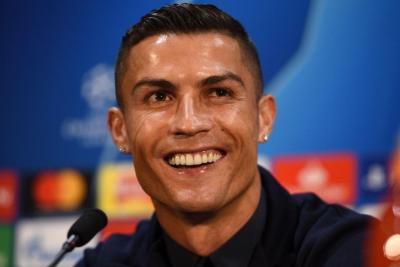 MANCHESTER – Ahead of Juventus’ Champions League showdown against his old club Manchester United on Tuesday, Cristiano Ronaldo maintained that his “lawyers are confident” as he fielded questions from reporters about the rape allegation levelled against him.

Former model Kathryn Mayorga has alleged that the Portuguese forward raped her in a Las Vegas hotel room in 2009, as Ronaldo celebrated his transfer from United to Real Madrid. Juventus’ record signing unequivocally denies the allegations.

At Juve’s pre-match press conference, Ronaldo said, “I am not going to lie on the situation. I am very happy. My lawyers are confident and of course I am too. I enjoy football, my life. The rest, I have people who take care of my life and, of course, the truth is always coming in a first position, so I’m good.”

He continued, “I know I am an example, I know 100 percent, in the pitch and outside the pitch. I am always smiling, a happy man. I play in a fantastic club, have a fantastic family. I have four kids, I am healthy – I have everything, so the rest doesn’t interfere on me.”

Former Juventus star, and now vice-chairman of the club, Pavel Nedved recognises the significance of such a match-up. “It is always a very important event to play against Manchester United. This is going to be a fantastic match,” Nevded said in the build-up to the game. PM