It was Joao or never for Jardim at Monaco 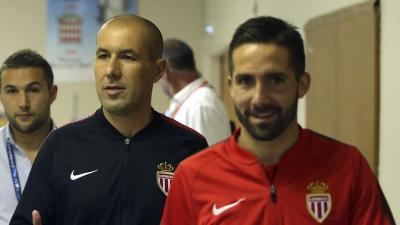 MONACO - When the news broke earlier this week that Leonardo Jardim’s tenure as manager of AS Monaco would come to an end after a highly successful four-year stint, there was sadness, anger and an air of inevitability in the Principality. Monaco’s start to the season has been miserable to say the least, with the side languishing in the relegation zone of Ligue 1. The Portuguese coach has taken the fall, but many believe the responsibility lies elsewhere.

When describing the recent turnover of players at AS Monaco, it is difficult to comprehend the sheer amount of footballing talent, which is continually being bought, nurtured and sold in the Principality. Jardim has done a fantastic job to not only deal with the constant chopping and changing but to deliver a league title to Monaco in an era of Paris Saint Germain domination. The Portuguese also inspired his team to the semi-final of the Champions League in 2017, where they were narrowly defeated by a spirited Juventus side.

Many supporters including the disgruntled Monaco Ultras believe that there is a deep-rooted issue at the club. It appears that Monaco are happy to sell any player at any time so long as the price is right and this can create a deeply unhealthy mindset at the club. It can be argued that players come and go and it’s the manager’s job to continue to rotate and to innovate. Certainly, in the case of starlets such as Kylian Mbappé and Anthony Martial, when the bright lights of PSG or Manchester United come calling, it’s impossible to say no, but equally there appears to be no thought process around a wider transfer policy.

This argument was substantiated in the summer, when the powers at Monaco made one critical error, which may have ultimately cost Leonardo Jardim his job. The club sold their 32-year old Portuguese central midfielder, Joao Moutinho, to Wolverhampton Wanderers for the meager sum of 5.04 million euros.

With the departure of so many stars in a relatively short period of time, it may seem a little odd to focus on Moutinho, however for the past few years, the Portuguese’s story is symptomatic of the situation at AS Monaco. For five years since his arrival in 2013, Moutinho played at the heart of Monaco’s midfield, and was a constant presence, calm under pressure and a set-piece specialist.

The midfielder played 211 games for Monaco and signed a new contract in March to keep him at the club until 2020, which suggests that he wasn’t disenchanted with life in the Principality. Since his departure in August, Monaco’s midfield has looked empty and has been a contributing factor to the team’s demise. In Jardim’s last match against Stade Rennais last Saturday, Monaco looked like a team devoid of creativity and ideas, a team missing their midfield Moutinho.

One interesting question is why would Moutinho swap the sunny, idyllic dream of life on the Riviera for the cold and wet of England’s West Midlands. As is often the case in modern day football, the answer lies in the client/agent relationship. The Wolves manager, Nuno Espirito Santo, was the first client of the now international super agent Jorge Mendes whose stable includes the stellar names of Cristiano Ronaldo, James Rodriguez and Angel di Maria amongst others. Joao Moutinho is also with Mendes.

The second interesting question is why would AS Monaco allow their midfield lynchpin, who had just penned a new contract, to leave for such a small transfer fee in today’s market. Understandably, given recent form, the transfer policy of the Monaco board and Mendes’ influence on matters in the Principality are beginning to rankle with a number of supporters.

“After a calamitous start to the season from our players and these very difficult recent days, we have to react,” announced the Monaco Ultras 1994 in an official statement. “We learned today of the departure of Monsieur Jardim. While this decision was predictable, we absolutely do not support it. Huge errors have been made at the top level of the club. Our directors decided to implement another upheaval in this summer transfer window with the departure of 22 players and arrival of 19.”

“We have also witnessed the arrival of many players over the course of recent years from the Mendes stable, who often spend the entirety of their exorbitant contracts enjoying the sun and the nightlife of the Principality without offering anything to the AS Monaco cause … with a little bit of stability the situation could undoubtedly have been different. Maybe the time has come to strike a balance between economic and sporting success.”

Despite the clear anger and disappointment which is prevalent for many Monaco supporters, the Ultras were quick to praise the club’s directors for the successes of recent years, however the majority of praise was reserved for Leonardo Jardim.

“We cannot detract from the colossal job that Monsieur Jardim has done season after season, noted the statement. “He has never failed to show respect for the club, the supporters and the city. He will remain one of the greatest coaches that this team has ever had. An immense respect Coach!”

For his part, Leonardo Jardim has handled his departure with the sort of grace and humility that one would come to expect having watched his development at Monaco in recent years. The former manager posted on Twitter to offer his thanks for the opportunity, support and affection at AS Monaco. It would certainly be no surprise to see Jardim at one of Europe’s top clubs in the future. Perhaps Joao Moutinho will follow him there.