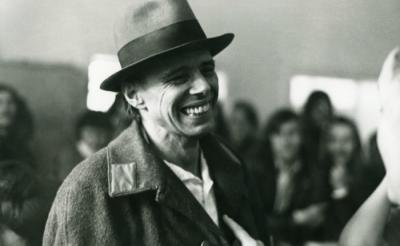 ROME – ‘Constellation 2’, the second exhibition showcasing stories of German people in Rome, will launch on Nov. 10 and run until January 2019.

The entire ‘Constellation’ project was initiated by Giuseppe Garrera and supported by Maria Gazzetti, director of the Casa di Goethe in Rome, the venue for the upcoming exhibition. It focuses on ‘German findings’ in Rome, sourced from homes of German families, scholars and travellers.

This second iteration of the project is dedicated to the work of Joseph Beuys, a German painter, sculptor and performance artist. Southern Italy, in particular, was a huge inspiration for Beuys, having first found himself there during the Second World War. Since then, he returned on numerous occasions to give performances and put on exhibitions.

For his Italian audience, he was not only an artist, but also a teacher and philosopher. In their eyes he embodied the Romantic-German tradition in his work.

Garrera has assembled various objects that shed light on Beuys’ work and life in Italy from second-hand shops and flea markets. The pieces include postcards, posters and publications about his exhibitions at the time. PM