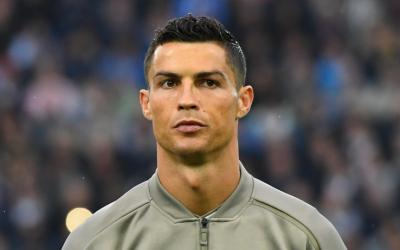 ROME – A spokesperson for the Las Vegas Police Department confirmed on Wednesday that they would like to question Juventus star Cristiano Ronaldo in connection with the allegation of rape levelled against him by Kathryn Mayorga.

“We certainly do not know yet when it will happen… but at some point, we will have to listen to him,” the spokesperson was quoted as saying, the Sun reported. However, they went on to clarify that Ronaldo has not been charged with a crime, therefore he would not be questioned as an “accused party”, but as a “person of interest to the facts of the case”.

Last week, the Vegas Police Department reopened investigations into the claim made by Mayorga after the incident took place, on Jun 13, 2009. Mayorga alleges that, after meeting Ronaldo in a nightclub, she was raped by him in his hotel room, while the footballer maintains that the sex was consensual. The allegation came to light after nine years as Mayorga came forward to German news publication, ‘der Spiegel’.

The most recent statement from Las Vegas police comes on the same day as a Portuguese newspaper claims that Ronaldo’s former club Real Madrid were involved in the agreement signed in 2010 by Ronaldo and Mayorga.

On Jan. 12, 2010, six months after the alleged rape took place, both parties signed an agreement which confirmed that the footballer would pay Mayorga 375,000 dollars in exchange for her silence on the matter.

The Portuguese daily Correio da Manha published a story on Wednesday claiming that Madrid, in fact, pushed Ronaldo to sign the agreement. At the time of the incident, the Spanish club had just signed the striker for a then world-record fee of 88.5 million pounds and were apparently concerned that his off-field behaviour may tarnish his brand. “The investment in the player had been enormous and there was apprehension about the consequences of his behaviour,” the article states. The paper goes on to claim that “Ronaldo would have never wanted to sign, he always said he was innocent.”

On social media, Ronaldo has called the accusation against him “fake news”, while his close family have attempted to rally support for the player using the hashtag #justicacr7, ‘justice for cr7’.

Italian news outlets have been, on the whole, quiet about the ongoing developments, which has been described in an opinion piece in Il Fatto Quotidiano as “grotesque”, when compared to the fact that “how the great champion has slept and what he has eaten have been reported every day.”

It remains unclear as to whether Ronaldo will travel to America to face questioning from police. He has reportedly returned to Portugal to discuss possible options with his lawyers, taking advantage of Serie A’s break for two rounds of Nations League fixtures. English newspaper ‘The Sun’, reported on Tuesday that were Mayorga’s accusations to lead to criminal charges, Ronaldo could escape extradition to the United States by returning to live in Portugal, which would bring his Juventus career to a close.

The Serie A leaders have already felt the effects of the scandal, as the share price has dipped by around 10% since the story broke a week ago. Tweets sent from the club’s official account have also been widely criticised. They posted on Thursday that “Ronaldo has shown…great professionalism and dedication” and “the events allegedly dating back to over 10 years ago do not change this opinion”, before calling their striker a “great champion.”