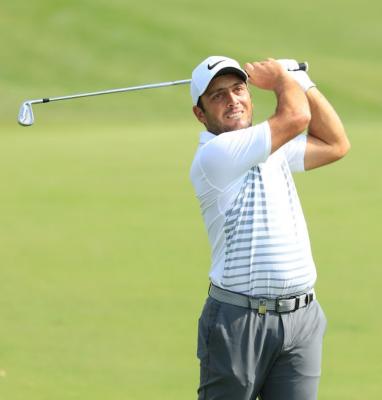 ROME – Italian golfer Francesco Molinari is part of a 12-strong line-up from Europe looking to reclaim the Ryder Cup in Paris this weekend from an American team that many are touting as one of the strongest ever.

As the sole 2018 major winner in the European team, Molinari will be expected to play a key role in this year’s competition. The world number five was triumphant at the Open Championship back in July, becoming the first Italian ever to win a major championship. In a tournament where the lead changed hands so often, Molinari stayed incredibly calm throughout the last round and shot a bogey-free 69 to win, two shots clear of a star-studded field. His teammates in Paris will hope for the same assured approach in the face of stern competition from the ever-animated Americans.

The quietly confident man from Turin owes a lot to his wife and children for “bringing him back down to earth quickly” after such a career-changing win at the Open, Corriere dello Sport reports. “What I have done up to this point counts for very little,” he admits, clearly not letting that victory elevate his ego. Instead, he promises to give his best over the three days, confident that he can “play some good golf.” He is also effusive in his praise of his teammates, saying the squad “is one of the best they’ve ever had.” It will have to be if the Ryder Cup is to be prised from the Americans’ grasp.

Aside from Molinari, both other 2018 major winners are part of the American line-up, which boasts nine players who have tasted success at the highest level. Justin Thomas is the most recent addition to that list, having won the US PGA championships in 2017. However, his successor to the trophy, Brooks Koepka, is perhaps America’s biggest threat. He has won three out of the last seven majors, two coming in this calendar year, and has looked in scintillating form all season.

This year also sees the return of Tiger Woods to the Ryder Cup course for the first time since 2012. A vice-captain in 2016, Woods was one of captain Jim Furyk’s three wildcard picks and has repaid the faith shown in him by hitting form at the perfect time, winning the final tournament of the year by two strokes. Despite sitting second on the list of major championship winners and being widely renowned as the best golfer of the last 20 years, Wood’s Ryder Cup record is somewhat underwhelming. In seven appearances he has been on the winning side just once, back in 1999. His doubles play, whether in foursomes or fourballs, does not match up well against his singles in the competition; he has taken four-and-a-half points from a possible seven in singles rubbers, but has lost 16 doubles matches, only winning nine. However, his ongoing back troubles seem to have been lifted by his most recent surgery, and the Tiger Woods of old is beginning to return, which would be very concerning for European captain Thomas Bjorn and his team.

Tiger’s return, Justin Rose’s recent FedEx triumph and the presence of each of the top ten ranked golfers at the tournament for the first time ever makes this Ryder Cup one of the most anticipated in recent history. The star-pedigree of America’s line-up puts them as favourites, but the pressure to retain the trophy can be a heavy burden. The Europeans will have to produce some spectacular golf to prise the Cup from the hands of Jim Furyk and co., of which they are certainly capable. It goes without saying that the tournament will be hotly contested, so in the critical moments, it falls to the likes of Molinari to keep their cool in Paris.