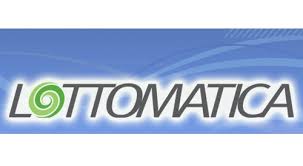 ROME – Gambling giant Sisal is suing the Italian government over allegedly favouring a close competitor, a discussion at the Regional Administrative Tribunal heard on Wednesday.

Italian betting company Lottomatica is being accused of receiving favoured treatment by the 2016 Gentiloni government.
Last year the government renewed Lottamatica’s permits for another 9 years. A deal worth 800 million euros. Sisal, a rival betting giant, has accused the government of misconduct over tendering procedures, as a formal tender never took place.

The former government is thus being accused of turning a deaf ear and allocating the permits to Lottomatica. They boast a law from 2009 as proof of legitimacy of their decision. The law was passed under the ministerial supervision of Giulio Tremonti, former Finance Minister, and Vincenzo Fortunato, chief of cabinet. The latter is now defending Lottomatica in court against Saverio Damiani and Luigi Medugno, Sisal’s lawyers.

Sisal has raised legitimacy issues in terms of European law and has condemned the government for its actions. Stanley Bet, a competitor, has also raised a case of “Italian style” tenders at the European Court of Justice.

In aid of Lottomatica is law advisor to the Italian representation to the European Union Roberto Baratta.