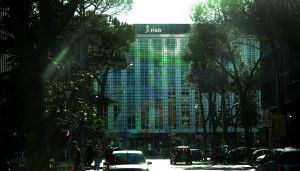 ROME -- The United Nations International Fund for Agricultural Development (IFAD) has been ordered to pay hundreds of thousands of euros in damages to a senior executive who was wrongly dismissed without appropriate redundancy provisions. The Fund claimed that she was not technically an employee of the Fund, but of a sub organisation, the Global Mechanism, this claim was defeated by the International Court of Justice last month.

Sources at the Mechanism, which coordinates the fight against desertification, say that IFAD, under the reign of Kanayo Nwanze, has been trying to distance itself from the Mechanism. At a recent conference, IFAD officials proposed removing Mechanism staff members to Germany in a bid to underline the two organisations’ different identities.

However, the International Court of Justice (ICJ) ruled in a landmark case this month that the Fund is responsible for staff members of the Mechanism as their own employees, opening the flood gates for the hundreds of other Mechanism workers to invoke their full employment rights, at least it seems, until the Mechanism's relocation.

Ms Ana Teresa Saez Garcia, a Venezuelan national, was told by the Managing Director of the Global Mechanism in December 2005 that due to core budget reductions her post of Programme Manager Latin America Region, had to be abolished. Garcia appealed against this decision, claiming that the Director had exceeded his authority, and that her post did not need to be eliminated. She also claimed she had not been given the redundancy package that she was entitled to as an employee of the Fund. She pursued the case against IFAD, who claimed that the Mechanism was not part of the Fund, it was simply housed in IFAD headquarters, and so the Fund could not be held responsible for her dismissal and the redundancy provisions did not apply to her.

The Joint Appeals Board for IFAD unanimously recommended in December 2007 that Garcia be reinstated and paid for the salaries, allowances and entitlements she had lost since March 2006 when her contract ended and her position was abolished.

The President of IFAD, then Lennart Båge, informed Garcia via a memo dated April 4, 2008, that he had decided to reject these recommendations.

The drawn out legal process has taken more than four years, as subsequent IFAD president Nwanze, who until recently enjoyed a life of luxury with scandalously sky high expenses revealed in 2010, refused to relent. Nwanze and the IFAD Executive Board dragged the case all the way to the ICJ.

Finally last month, the ICJ upheld the previous orders, given by the JAB and by the Administrative Tribunal for the International Labour Organisation, for IFAD to pay Garcia two years’ lost earnings and other damages and costs including €10,000 in “moral damages,” and €9,000 legal fees. Garcia's lawyer, Lawrence Christy, estimated this sum to be "close to €300,000" plus interest. However, Garcia will not be reinstated.

IFAD was unable to immediately comment on the case.

The ICJ held on Feb. 1 that this and other contractual elements created an employment relationship between Garcia and the Fund and that she was qualified as a staff member of IFAD. “The fact that she was assigned to perform functions related to the mandate of the Global Mechanism does not mean that she could not be a staff member of the Fund.”

At the November conference, a letter from IFAD was submitted where The Fund said that the “Memorandum of Understanding which currently governs the relationship between IFAD and the GM is out of date and needs to be reformulated.” 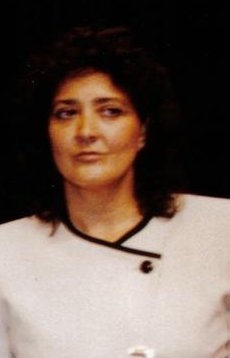 The case may have repercussions for relations between IFAD and the Global Mechanism
U.N.
World