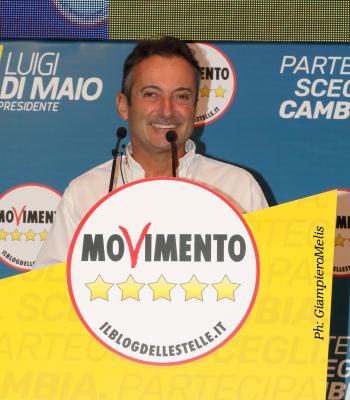 ROME - Five Star Movement leaders warn sailor-politician Andrea Mura that if he continues to neglect his political duties, he will be forced to resign; Mura responds: "So what if I’m absent from the courtroom? I can do politics from the boat!"

"If the deputy of the Five Star Movement Andrea Mura wants to continue to devote himself to other activities, neglecting the mandate to which citizens have assigned him in the Chamber, there’s only one way he can go: he’ll have to resign from being a Member."

This was the content of a note written by the M5S leaders of the Chamber, signed also by senators Francesco D'Uva and Stefano Patuanelli, referring to the record-holder of parliamentary absences, Andrea Mura. In an interview, Mura once said that "political activity does not take place only in Parliament, but also on a boat.”

Mura is a keen sailor, as well as a successful one: champion of the Rhum Route, Ostar and Twostar regattas and well as many more, he does not plan to drop his competitive career for parliamentary duties. On his sailing blog, ‘Pure Passion’ he writes about his competitive sailing experiences: "I’ve learned how to go beyond fear, by having a goal in sight. It was during the regattas that I’ve learned how to be in harmony with the sea, and this has opened me up to new and unexpected sensations.”

When he was first elected into government in March, he published in a letter on his blog in which he promised the people that he would diligently carry out his parliamentary duties: "I will bring to the table all my skills which have been acquired in a life dedicated to sport and I will represent our country with passion, sacrificing everything to achieve the goals with dignity and pride as I have always done.”

"Taking on the role of a politician is a privilege, a service dedicated to the country and its citizens - however very well paid - it is a task that requires daily commitment, work, dedication," concludes the letter of the Five Star group leaders, "our goal is to give concrete solutions to the problems of citizens, to do so we need a constant and careful commitment.”