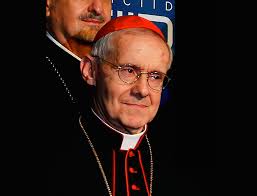 ROME – The French Cardinal Jean-Louis Tauran, whose role as leader of interreligious dialogue built crucial bridges between the Church and Islam, died after a long fight with Parkinson’s disease, the Vatican said.

The French cardinal, aged 75, died in the United States on July 5 after having travelled there for treatment for Parkinson’s disease. At the time of death he was staying with Franciscan religious sisters in the Archdiocese of Hartford, Connecticut.

As the “protodeacon” of the College of Cardinals and a man with a “strong sense of faith and willingness to serve” according to the Vatican, he also on March 13, 2013 announced the election of Pope Francis from Saint Peter's Basilica.

The pope also named him the ‘Camerlengo’ of the Holy Roman Church, a role that requires its holder to govern the church during the interregnum period before papacies.

Refusing to let his illness slow him, the French prelate worked tirelessly to build bridges between the Catholic and Muslim world, and even visited Saudi Arabia in April where he met with King Salam.

“What is threatening us all is not the clash of civilisations, but rather the clash of forms of ignorance and radicalism,” he said during his time in Riyadh.

In recognition of his long diplomatic career, on June 25, 2007, Pope Benedict XVI appointed him the president of the Pontifical Commission for interreligious dialogue, a job that put his diplomatic skills to the test requiring both a solid grasp of understanding of national politics and a deep knowledge of a vast array of religions and cultures.

Tauran opened up new channels of dialogue with Islamic leaders while at the same time refused to shy away from areas of tension and difficulty, combining a deep respect and knowledge of Islam along with thoughtful encouragement of reform-minded Muslim scholars and leaders.

He worked to ensure Christians and other minorities were granted citizenship within Muslim-majority countries and his ministry will take the lead in the future dialogue between the Church and Islam.

“You have to remember that interreligious dialogue is not dialogue between religions. It’s dialogue between believers,” he once explained. “It’s not a theological, philosophical exercise. First you have to accept that we live in a world that’s plural: culture, religion, education, scientific research. Every human being has a religious dimension. Between believers we try first of all to know each other. And the first thing you have to do is to proclaim your faith because you can not build that dialogue on ambiguity.”

Following the 2015 Paris terror attacks the cardinal admitted that such crimes “decrease the credibility of inter-religious dialogue” but stressed those who carried out the atrocities “don’t follow true Islam.”

Born in Bordeaux in 1943 and ordained on Sep. 20, 1963, Tauran was called to Rome in 1973 and here attended the Ecclesiastic Pontifical Academy, obtaining a degree in Canon Law. Having entered into the diplomatic service in the Holy See in March 1975 he was assigned to the role of the papal nuncio in the Dominican Republic, and then in 1979 was transferred to carry out the same role in Libya. In December 1990 he was made an archbishop by Saint Pope John Paul II.

Renowned for his sense of humour and a gentlemanly pastoral style, he had, along with Islam, warm relations with the Anglican Church and with Buddhist leaders, stressing at the end of last year how important the Pope’s trip to Buddhist-majority Myanmar had been in showing “mutual respect” between religions.

The Archbishop of Westminster Cardinal Vincent Nichols said “With sadness I receive the announcement of the death of H.E. Cardinal Tauran. This morning I celebrated Mass for the repose of his soul. With many others all over the world, I have always appreciated his dedication to the cause of inter-religious dialogue which is a vital task today. He brought to his ministry a sharp intellect, wide-ranging knowledge and consistent graciousness. These qualities brought him admirers everywhere.

“I remain grateful to him for facilitating the historic meeting between Pope Francis and Islamic leaders from Great Britain on April 5, 2017, an event appreciated wherever Christians and Muslims seek to live together in mutual understanding. May the Lord receive His Faithful servant into the peace and joy of his presence.”

This obituary first appeared on The Tablet.