Juventus close in on Ronaldo swoop 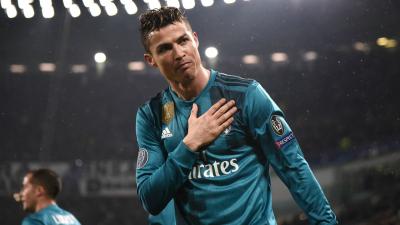 TURIN – Real Madrid superstar Cristiano Ronaldo was reportedly close to sealing a move to Italian giants Juventus on Friday, whilst former general director of the Bianconeri even claimed the deal had been completed.

The Turin club are said to be prepared to break 100 million euros in order to lure the five-time Ballon d’Or winner to the Allianz Stadium, who is widely regarded as one of the greatest players to ever grace the game and is Real Madrid’s all-time top scorer with 451 goals.

However, Los Blancos are looking to overhaul their squad after finishing a whopping 17 points behind La Liga rivals Barcelona, and the sudden departure of former manager Zinedine Zidane, despite an unprecedented third consecutive Champions League triumph, has signalled a drastic refurbishment in Madrid.

Ronaldo, whose stoppage-time penalty knocked Juventus out of last season’s Champions League, is seemingly very keen on a move to Turin and has emphasised the mutual respect he shares with the Juve faithful having received a standing-ovation after scoring a stunning bicycle kick at the Allianz Stadium.

“Cristiano Ronaldo has already signed and has passed a medical in Munich,” Juventus’ former general director Luciano Moggi tweeted on Thursday, adding that he had “spoken to important people” in the club.

The wages of the 33-year-old Portuguese forward are likely to cause issues as discussions unravel. Juve would reportedly need to quadruple the wages of current highest earner Gonzalo Higuain in order to bring the Ronaldo to the Serie A. Despite the Turin club’s share price rocketing 20 percent last week, Juve will most likely have to balance their books with Higuain or Paolo Dybala touted for an exit.

Transfer speculation rapidly gained momentum after Ronaldo, who is never far from the cameras, was left out of a Real Madrid’s advert, publicising their strip from for the upcoming season with images of Karim Benzema, Marcelo, Sergio Ramos, Marco Asensio and Tony Kroos.

Ronaldo’s unhappiness at Real seems a topic that resurfaces each year, but the reaction of the Spanish press suggests the Madrid club are finally ready to let go of their superstar.

Spanish sports paper ‘La Marca’ said that, amid persistent tension between Ronaldo and club president Florentino Perez, the former had been insulted by Madrid’s decision to reduce his release clause from 1,000 to 100 million euros and the players agent had effectively ended his spell in Madrid. Portuguese newspaper ‘A Bola’ also highlighted Ronaldo’s desire to leave whilst his battle with the Spanish tax authorities lingers.

It has been five years since Real Madrid broke the then world record fee for Gareth Bale, splashing out 91 million euros, and it is clear that should Ronaldo’s transfer go through, Perez wouldn’t hold back in his recruitment of new stars, with the likes of Neymar and Kylian Mbappe immediately offering a mouth-watering prospect for Madridistas.