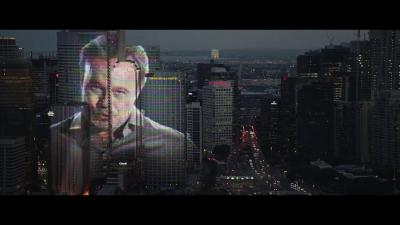 Amendola as the face of a well-known betting agency

ROME - Bans on gambling advertising have been launched by Di Maio as of Tuesday as part of the Dignity decree, in a bid to limit the strong public presence of betting agencies in Italy. The ban means that betting agencies will no longer be able to advertise on Serie A footballers’ shirts, or anywhere else in the media. Deputy Prime Minister Luigi Di Maio said  “Enough with all these celebrity endorsements sponsoring betting websites,” as the ban is also to restrict Italian public figures from appearing on gambling adverts.

Claudio Amendola, the star of “Cesaroni”, is the face of a well-known betting website and was among the first to speak out against the new ban. Amendola launched a complaint against the Five Star movement, on account of the decision being “seriously detrimental to [his] image”.

It was just a week ago that Beppe Grillo attacked Amendola for his endorsement of gambling brands, calling him “an exponent of the frou frou left… one who campaigns by endorsing gambling and wishes us every possible evil”. For this reason, the government’s gambling ban could be seen as a double attack; in general, against celebrity gambling endorsement, but also against the opponents to the new government.

In defence of Amendola, a screenshot of Grillo’s campaign blog from 2013 was published by Leu Nicola Fratoianni, secretary of the Italian Leftist party, showing how the site was full of betting agency adverts as well as those from online trading banks.

The turnover from gambling in Italy in 2016 amounted to 96 billion euros, with Italians spending an average of almost 1,500 euros per person per year on gambling. This makes Italy the world’s fourth-largest gambling market, according to games industry news agency Agimeg. The problem is "no less pernicious than alcohol and drug addiction," said PM Conte.

Di Maio’s new ban is also attracting a positive response, as Italy has recognised its growing gambling problem for many years but has made little progress to counteract it. In 2016,  Renzi’s government attempted to slash the number of slot machines found in public spaces by a third. However, such attempts have often been abandoned due to the enormous revenue that gambling brings to the State, helping to keep the country afloat during times of severe deficit.

Indeed, with Di Maio’s decision, “there are thousands of jobs at risk” according to Serie A football managers; last season alone, 12 out of 20 Serie A teams had sponsorship deals with the gambling sector. The government has been criticised for its quick approval of the decree, as was effectuated without a proper consultation from unions and business associations. A decree law is a legislative instrument which activated for reasons of urgency: it immediately comes into effect, but must be confirmed by Parliament, and possibly amended, within 60 days.

According to the League, “The Italian State could lose up to 700 million euros in revenue over the next three years,” as a result of the ban. Despite this intimidating figure, the government has followed through with its promises to tackle Italy’s gambling addiction.