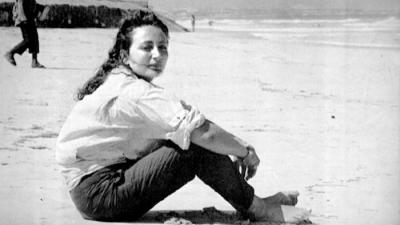 ROME - A 25-year-old case concerning the murders in Somalia of TG3 journalist Ilaria Alpi and her cameraman colleague Miran Hrovatin has been extended once again by the investigating judge on account of new evidence fuelling longstanding suspicion of Italian secret service complicity, judicial officials have said. Alpi was investigating international arms dealing when she was killed.

Despite requests to close the case by Rome PM Elisabetta Ceniccola, a push to keep the case open has come through. Under the decision of the investigating judge of Rome, Andrea Fanelli, a new tranche has been opened on the case which extends it by another 180 days.

The identity of the murderer as well as the motivation for the homicide still remain unclear after 25 years of investigation. This decision to keep the case open comes just a few days after the death of Ilaria’s mother, Luciana Alpi, who fought for years to find out the truth of her daughter’s murder.

It also comes a couple of months after a crucial telephone conversation was recorded; a dialogue between two Somalian citizens talking about what had happened at Mogadiscio confirmed that Ilaria “had been murdered by Italians.” Although this was originally considered as insufficient evidence, it helped confirm the unjust ruling on Hashi Omar Hassan, who had originally been accused as the murderer and sentenced to 26 years of imprisonment. Hassan was released and received compensation for wrongful imprisonment.

The new branch of the investigation is set to reconsider why the interior minister,the ultimate head of Italy's domestic intelligence service SISDE, evidently chose to not reveal certain pieces of information which were requested of them back in 2008. Ten years later, this piece of evidence is being brought to the centre of the investigation

The new date of case closure is Dec 23.