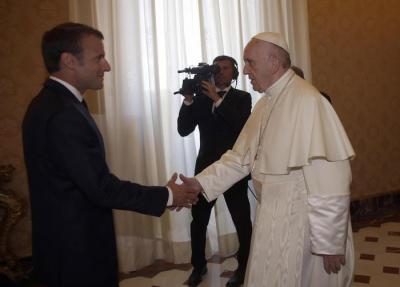 VATICAN CITY – French President Emmanuel Macron arrived in Rome on Tuesday for an audience with Pope Francis, with discussions centred around migration, climate change and secularism, but will not visit the Italian government, political sources said.

Macron, who was accompanied by with wife Brigitte, was welcomed into Saint Peter’s Square by the Swiss Guard before he was greeted by the pontiff at the Apostolic Palace.

“The meeting,” Elysee Palace sources said, which also tackled pressing international issues such as the provision of aid, Myanmar, the Central African Republic, and the situation of Christians in the East, was “an opportunity to grant two potentially complementary voices on different aspects.”

State-run Italian news agency, ANSA, said that the pair were seeking common ground on the issue of migration, amid growing tension between France and Italy.

However, Macron, who has travelled alongside French Interior Minister Gérard Collomb and Minister of Foreign Affairs Jean-Yves Le Drian, will not meet with Italian Prime Minister Giuseppe Conte, who he saw on Sunday at a crucial EU summit in Brussels, nor any other Italian cabinet ministers.

“This is a visit to the Vatican; the Pope is not Italy,” sources from the Elysee Palace said, adding that the trip to meet with representatives of the Holy See had been organised for some time. “The president will have the opportunity to meet with Italian authorities in the framework of upcoming European meetings,” they said.

Francis was to lead Macron to the Archbasilica of San Giovanni in Laterano, where the French President will renew an ancient tradition of receiving the title of “First and Only Honorary Canon.”

Macron will later stop off at the Community of Sant’Egidio, a Catholic Church public lay association, where he will meet the French community resident in the Italian capital. 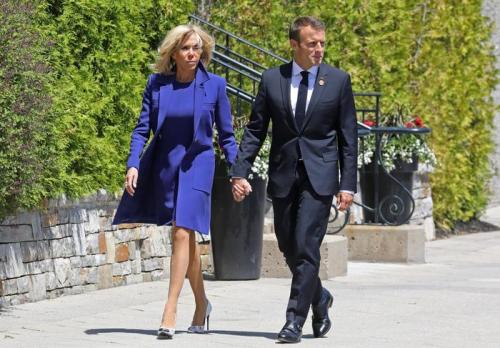