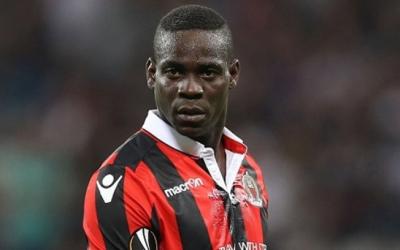 The neo-fascist Forza Nuova was responding to the football player’s recent remarks on immigration, in particular the “ius soli” (law of the soil) law, which he claimed should change to allow children of regular immigrants to acquire citizenship sooner than 18 years of age.

The Italian-Ghanaian striker, who's played for Inter Milan and Manchester City, said: "I'm no politician […] but I was born in Italy, raised in Italy, and regrettably I've never been to Africa. It's not great to become Italian at 18 years old [...] I think the law has to change."

The previous centre-left government tried to pass an “ius soli” bill, allowing migrant children to acquire Italian citizenship after spending five years in the school system, however, it failed because of conservative opposition.

League leader and Interior Minister Matteo Salvini said: "Dear Mario, the ius soli is not a priority of mine nor of Italians. [...] Good luck and have fun chasing a football."

As well as displaying a banner in the streets of Brescia attacking 27-year-old Balotelli, Forza Nuova responded with the following statement: “After having shown off his affluence and wealth for years like the braggart he is, he now wants to re-evaluate his image as the riding champion of migrants.”

They also added: "We would like to advise Balotelli to listen, understand and perhaps share the statements of some forward-thinking African bishops who […] invite their countrymen not to emigrate, especially young people, because in fact they represent the wealth of their countries of origin, and should therefore stay and build their own future, perhaps with the help of some generous blood relative, who would only have to give up one of his many Ferraris to make so many of his brothers happy.”