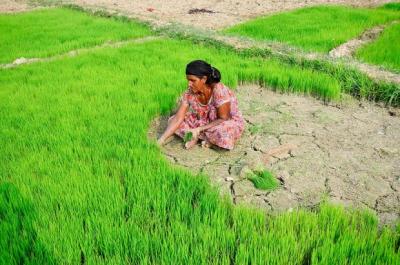 ROME – The International Fund for Agricultural Development (IFAD) and Nepal have agreed to invest US$68.1 million to significantly improve incomes and food security for 35,000 rural farming households in 10 districts in State 6, located in the mid-western area of Nepal.

The contract was signed on Wednesday by Gilbert F. Houngbo, President of IFAD, and, Shreekrishna Nepal, Joint Secretary, Ministry of Finance, Nepal.

The programme, which will be implemented over the course of six years, will include a $38.2 million loan and a $1.8 million grant from IFAD, and be co-financed by the Swiss Agency for Development and Cooperation ($3 million), the Government of Nepal ($11.5 million) and several others.

Two thirds of the labour force in Nepal is engaged in agricultural production, however, the majority are unskilled and lack knowledge of modern cultivation practices.

“We aim to improve incomes and food security by supporting producers in developing high-value agricultural products that correspond to market needs and can generate a profit. The programme will also invest in market infrastructure and producers’ access to markets,” she added.

Technical training and financial services will be provided and women and disadvantaged households will be specifically targeted.