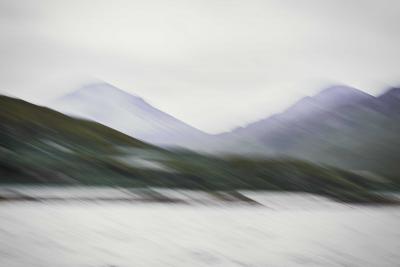 ROME – From 25 May to 30 June, Galleria del Cembalo in Palazzo Borghese will be hosting an exhibition with photographs by Charles March, Duke of Richmond, for the very first time in Italy.

The 90 images that make up the display combine highlights from his latest shows in St Petersburg, Moscow, New York, Los Angeles and London.

The opening of the exhibition was held on Thursday and attended by an elegant entourage of English and Italian guests.

While sipping on a glass of champagne, they wandered round the gallery appreciating March’s most renowned photographs, as well as his new body of works taken on the remote island of Jura in Scotland.

The camera, which has been “moved like a painter’s brush” in each print, captures the wild island landscape in an expressionistic way. The result is surprisingly tranquil and serene, enhanced by the soft palette of neutral colours.

With regard to this sequence, March says: “These images are not meant to be an accurate portrayal but more a bundle of feelings and impressions – a series of sketches if you like.”

As well as his most recent Scottish works, which you can buy as individual prints or as a portfolio, March’s exhibition also features his serene seascape series, taken over the course of four years on the island of Eleuthera in the Bahamas.

Each image, which explores the ever-shifting relationship between the sky, sand and sea, emanates an irrevocable sense of tranquillity. Many of the viewers at the opening were keen to snap up the photograph entitled 2015.03.31, measuring 1500 x 3452 mm.

March’s woodland series is displayed in the gallery’s main Sala dell’Aurora, and features an abstract looking collection of trees in West Sussex and St Petersburg. The hazy quality of the images makes them seem almost painted.

This arboreal focus carries on into the Sala delle Udienze, where you discover a monochrome and equally abstract collection of works. They illustrate March’s interest in the more technical side of photography, notably the evolution from analogue to digital.

Finally, in the Sala di Minerva, you encounter some of his earlier works, many of which were the product of commissions for global advertising campaigns.

They are unlike any of his later photographs, focusing on twentieth-century styles of Modernism and Surrealism. They also demonstrate his desire to escape conventional photography, which he reportedly felt had been slightly lost in the digital world.

“I was very excited at that time by the notion that photography didn’t lie, therefore a lot of what I was focusing on was trying to create the feeling of disbelief and to produce images that seemed impossible,” says the Duke.

March, who is hailed a “photographer of extraordinary inventiveness”, will also be publishing a book of his Jura pictures, accompanied by specially commissioned poems by the Scottish poet Ken Cockburn. 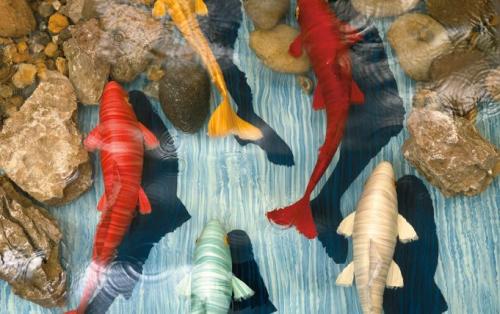