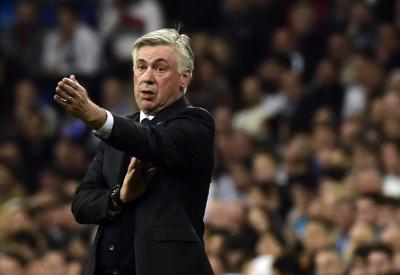 NAPLES – Carlo Ancelotti has signed a three-year contract with Napoli, telling journalists on Thursday that he aimed to seal a first Serie A title in 28 years for the Azzurri as he returns to Italian football after nine seasons abroad.

“I am really happy and honoured to manage a team with a unique city and incredible fans,” Ancelotti said.

Having signed a multi-million euro deal, the 58-year-old takes the reigns from former manager Maurizio Sarri whose exit was confirmed by Napoli president Aurelio De Laurentiis on Twitter.

De Laurentiis thanked Sarri “for his dedication to Napoli that has given the city and the fans worldwide prestige and emotions,” having guided the Azzurri to a close second-place finish behind Juventus, who claimed their seventh consecutive title.

Whilst the season may have drawn to a close, excitement amongst the Napoli faithful is already bubbling, as they look to topple the Turin giants from their podium, who Ancelotti used to manage.

Throughout his coaching career, he has delivered four top-tier league titles and three domestic cups, whilst also being one of only two managers to have picked up three Champions League trophies.

Ancelotti’s arrival brings, not only tactical expertise, but a reputation which will attract some of the world’s top players. As such, his return to the Serie A certainly generates a boost not only for Napoli, but for the whole of Italian football.

Sarri, meanwhile, has been linked with the Chelsea job as speculation grows around the future of current manager Antonio Conte following a disappointing campaign.