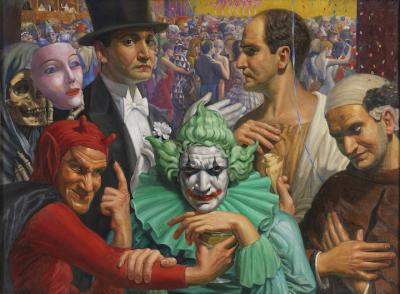 ROME – Running until August 19, 2018, the Ateneum art museum of Helsinki hosts the exhibition Fantastico! Italian Art from the 1920s and 1930s. The exhibition explores an artistic movement known as magic realism, which emerged in Italy at the end of the First World War. The exhibition features masterpieces by artists such as Giorgio de Chirico, Carlo Carrà, Felice Casorati, Antonio Donghi and Cagnaccio di San Pietro. The works are drawn from esteemed public and private collections in Italy and elsewhere in Europe.

Works in the exhibition reveal the magic of the everyday

The art of magic realists is simultaneously realistic and far removed from reality. The works show us the world as it manifests itself, while at the same time superimposing new, dreamlike layers on it. Many of the works are like still images from a film. We can imagine what has happened a moment ago and what will happen next, as the scene unfolds. The magic realism movement is part of a wider interwar wave of realist and classicist modernism both in Europe and beyond.

The key artists featured in the exhibition are Felice Casorati, Antonio Donghi, Cagnaccio di San Pietro, Gino Severini, Ubaldo Oppi, Achille Funi and Carlo Levi. The works included in the exhibition by Giorgio de Chirico and Carlo Carrà will display the basic tenets of magic realism. Works by artists who are lesser known outside Italy, such as Mario and Edita Broglio, Gian Emilio Malerba, Carlo Sbisà, Gregorio Sciltian, and Cesare Sofianopulo, will demonstrate the diversity of the movement. The exhibition has been curated by the director of the Foundation for the Municipal Museums of Venice ("Fondazione Musei Civici di Venezia"), Gabriella Belli; Professor Valerio Terraroli from the University of Verona;and the chief curator at the Ateneum Art Museum, Teijamari Jyrkkiö, in collaboration with 24ORE Cultura.

The Fantastico! exhibition features a total of 119 works by 33 artists. In the tranquil surroundings of the light-coloured exhibition halls, the powerful, large-scale works will receive the attention they deserve. Attached to the exhibition is the Piazza space, which exudes an Italian atmosphere and which is designed by the interior architect Eliisa Korpijärvi.

Works exhibited by modernist realists and classicists from the Ateneum collection
The exhibition also presents works in the Ateneum collection by artists who represent the realist and classicist modernism of the 1920s and 1930s, such as Ragnar Ekelund, Greta Hällfors-Sipilä, Olli Miettinen, Yrjö Ollila, Martti Ranttila, Juho Salminen and Ilmari Vuori. Furthermore, the exhibition presents Italian prints from the Rolando and Siv Pieraccini collection held by the Ateneum.

The Fantastico! exhibition is a fine illustration of the versatility of the Ateneum collection for various displays. Finnish artists incorporated moods characteristic of magic realism, especially into their landscapes and images of empty cities. This shows, for example, in the works featured in the exhibition by Greta Hällfors-Sipilä and Henry Ericsson”, says the museum director Susanna Pettersson.

A book exploring magic realism as a phenomenon in interwar European visual art
The exhibition coincides with the release of a book, in Finnish, Swedish and English, entitled Fantastico! Italian art of the 1920s and 1930s. The book provides the reader with an introduction to the world of magic realism and explores the movement as one of the realist phenomena in European visual art in the interwar period. The book presents all the Italian artists featured in the exhibition and is edited by Hanna-Leena Paloposki, with articles contributed by Erkki Anttonen, Gabriella Belli and Valerio Terraroli. The Italian Cultural Institute in Finland has supported the publication of the book.

The exhibition opens to the public on Ascension Day, May 10, with exceptional opening hours from 10.00 to 17.00.

Highlights of events related to the exhibition: check out all the event information on website: www.ateneum.fi > Events 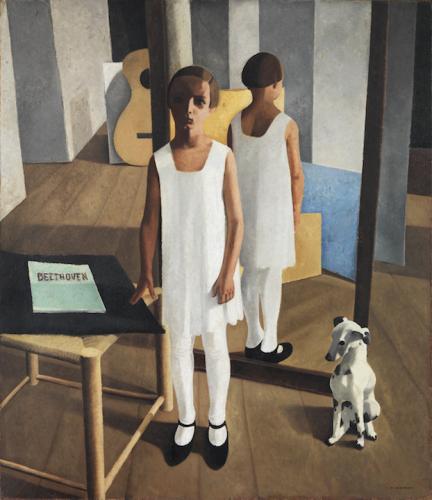 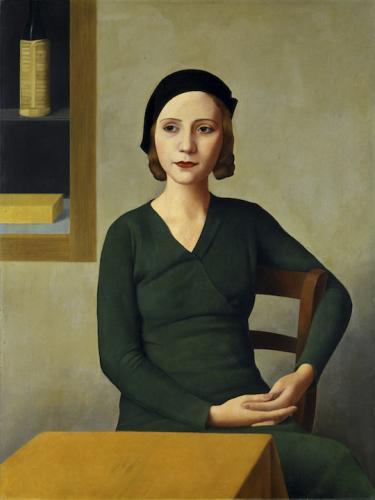