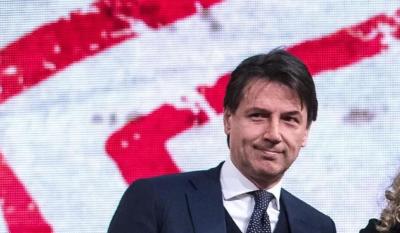 ROME – Italian President Sergio Mattarella met with the League leader Matteo Salvini and Five Star’s Luigi Di Maio at the Quirinal Palace Monday to discuss their proposal for the academic, Giuseppe Conte, as a candidate to be Prime Minister designate.

For the first time, anti-establishment M5S kingpin, Di Maio, openly laid out the plans of the two putative coalition leaders towards the appointment of the Italy’s next Prime Minister.

“Giuseppe Conte will be the political head of a political government, indicated by two political forces, with political figures inside it,” Di Maio said.

“We are proud of this choice,” the Five Star leader added, highlighting that Conte “is the synthesis of the 5-Star Movement.”

Both Conte and the government contract now await the approval of the Italian President before government-formation can progress further.

The announcement follows Monday’s talks with Mattarella, but the Head of State is only concerned at this stage with considering whether their candidate for Prime Minister may be capable of forming a government while respecting international and financial obligations of the country.

Since neither Salvini nor Di Maio look to be heading towards Italy's top government position, the pair are contemplating other cabinet roles as Italy prepares for its sixth unelected Prime Minister.

Di Maio looks increasingly likely to go to the Labour Ministry, with Salvini leaning towards the Interior Ministry.

Conte, the front-runner for the Prime Minister role, is a professor of Private Law in Florence, also teaching in the Faculty of Economics at the Luiss Business School, who assisted in the drafting of “the contract for the government of change.”

The 54-year-old, originally from Foggia, boasts a wealth of experience in law having graduated from the Sapienza University of Rome. He later progressed his legal studies in some of the world’s leading institutions, including Yale, Sorbonne, Duquesne, Cambridge, the International Kulture Institute and New York University.

Conte is highly regarded by Di Maio as an expert in Public Administration having been touted by the M5S leader earlier in his electoral campaign for a role in government.

The academic’s ideology certainly fits neatly with the anti-establishment Five Star mould, although Mattarella will be wary of a leader who intends to tread dangerously along the perimeter of Italy’s international and financial responsibilities.

“In the past I voted on the left, and today I think that the ideological schemes of the 20th century are no longer adequate,” Conte said.

The direction of the Italy’s potential leader appears set on shaking up the country, thus doing little to relieve growing fears across Europe.

“First: we need to drastically abolish useless laws, which are much more than the 400 indicated by Luigi Di Maio. Secondly: anti-corruption legislation must be strengthened by providing for initiatives that move in the dark space that precedes corruption. Three: the reform of poor schooling must be reviewed, almost entirely,” Conte added.

The French Economy and Finance Minister, Bruno Le Maire, warned of the dangers facing the Eurozone in the event of irresponsible Italian governing.

“If the new government takes the risk of not respecting its commitments on debt and the deficit, but also the clean-up of the banks, the financial stability of the Eurozone will be threatened,” Le Maire cautioned.